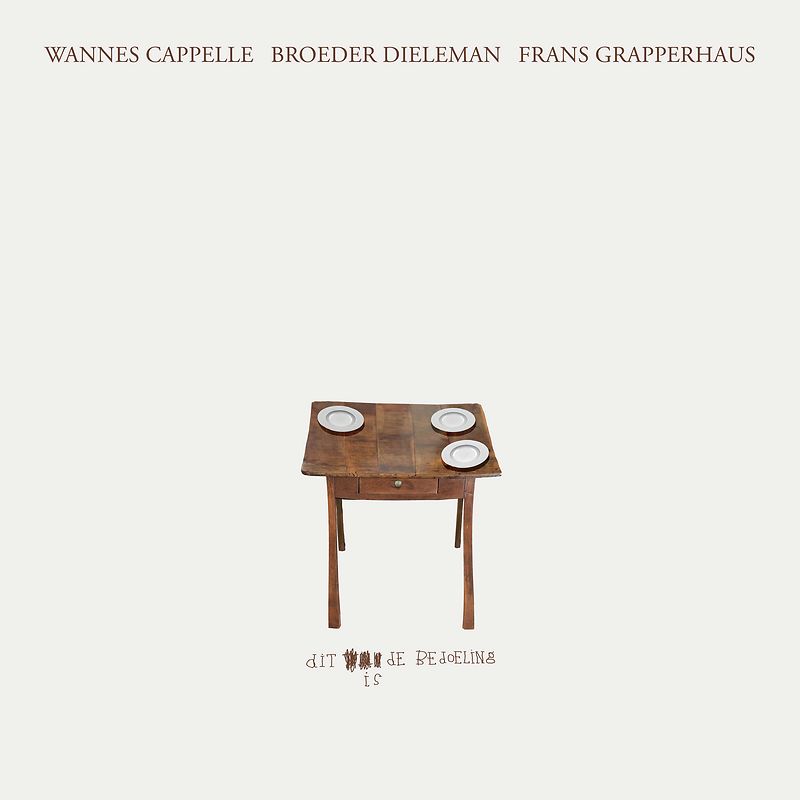 Wannes Cappelle (BE) en broeder Dieleman (NL) join forces for an unique project. Together with Frans Grapperhaus (on cello) they will tour clubs as well as theater houses with their show and LP 'Dit Is De Bedoeling'.

Wannes & Tonnie (broeder Dieleman) have more in common than you would expect. They both sing in their own dialect, the former in West-Flemish & the latter in Zeeuws-Flemish. Both musicians use their mother tongue as a tool to express themselves - reaching far beyond the local borders. Their language is one of music, their songs are effective and disarming.

Which is exactly what they are meant for.