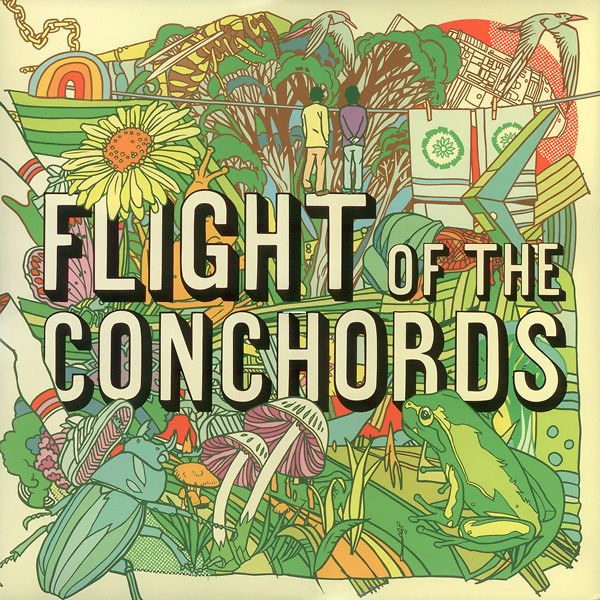 A Newbury Comics exclusive color vinyl pressing. Flight of the Conchords's full-length record album debut, the conveniently titled Flight of the Conchords (which, not at all coincidentally, is also the name of their HBO television series). Produced by Mickey Petralia (Beck Midnight Vultures, Ladytron Light & Magic) in Los Angeles, New York and Wellington, the album features fully fleshed-out and professionally recorded versions of Flight of the Conchords concert and television favorites. The songs are heard here in expanded but reverent arrangements. Bret McKenzie and Jemaine Clement’s trademark acoustic guitars lead the blitz, backed by a diverse array of instrumentation and production technique. Colored​ vinyl, "Baby Poop" Yellow Limited Edition Of: 600 Number written on back of sleeve Recorded at The Tree Haus, Hot Pie, and Pilot Mixed at Trident Sound Studios, Wellington, NZ and Sonora Sound Studio in Los Angeles, CA Mastered at Sterling Sound ©℗ 2008 Sub Pop Records Soundtrack of the HBO series Flight of the Conchords LP in standard sleeve with printed information sheet and a coupon for a free download of the album in MP3 format.

More by Flight Of The Conchords