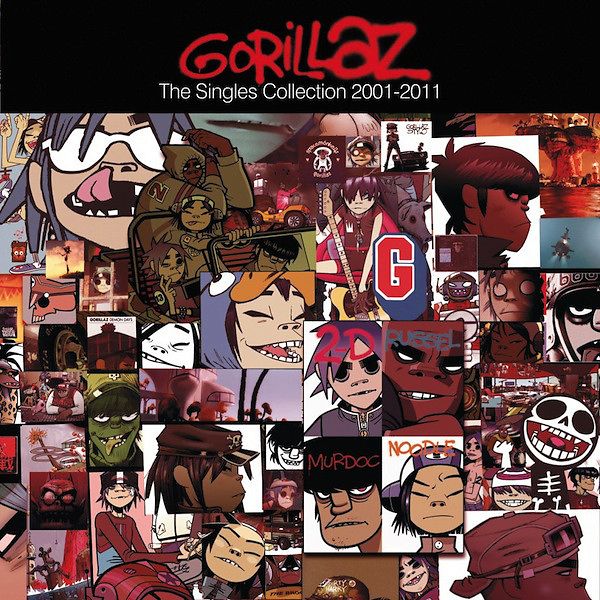 The release comes in a box containing a 35x35 cm double sided fold out poster. All the 7'' are individually packed in picture cardboard sleeves showing the picture from the original single release on each of the sides.

Virtual band founded in 1998 by Damon Albarn from Blur, and comic-book artist Jamie Hewlett designing and drawing the band. It can be found in The Guiness Book of World Records under Most Successful Virtual Band. When the band were first created in 1998, the original concept was a group named 'Gorilla', with a slightly different lineup.

The lineup of characters is:
2D  - Lead singer, keyboards, additional instruments. Gained his nickname from injuries he sustained in a car accident (vocals performed by Damon Albarn).
Murdoc Niccals - Bassist, additional instruments. Sold his soul and middle name to the devil for the band's success.
Noodle - Guitarist. A Japanese expat, she was shipped to the band in a crate at 8.
Russel Hobbs - Drummer. An American expatriate, possessed by the ghosts of his late friends.