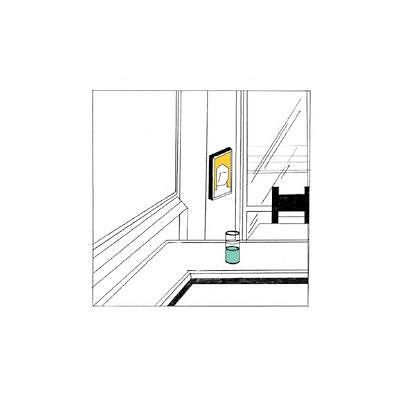 Confused Machines' are excited to release an E.P by the composer and producer Ishai Adar (aka Oosh). Adar started his musical journey in the mid 80's as the keyboard player of the legendary Israeli post-punk band 'Nosei Hamigbaat', together with his high school friend Ohad Fishof.After his withdrawal from the band, he released 'Her': An innovative, experimental, electronic dance album, rare in the Israeli music scene of the late 90's. In this album, he fused 80's synth-pop influences ('Depeche Mode', etc.) with a cutting edge techno sound, which still sounds up to date. This album influenced the local underground electronic music scene of the late 90's.Following the album 'Her', Adar became a prominent composer and created soundtracks for motion pictures such as: 'Year Zero' (2004), Oscar-nominated 'Beaufort' (2007), 'A Film Unfinished' (2010), 'Bethlehem' (2013) and 'Mr. Gaga' (2015).In his current project '12', Adar revisits the synth-pop sounds which shaped his musical taste. He infuses profoundness and character to musical genres such as new-wave, Italo-disco, Euro-pop and contemporary dance music forming - multi-layered, euphoric and romantic melodies. A killer acid-techno remix of the track 12 by the legendary Rude 66 is included in the E.P.