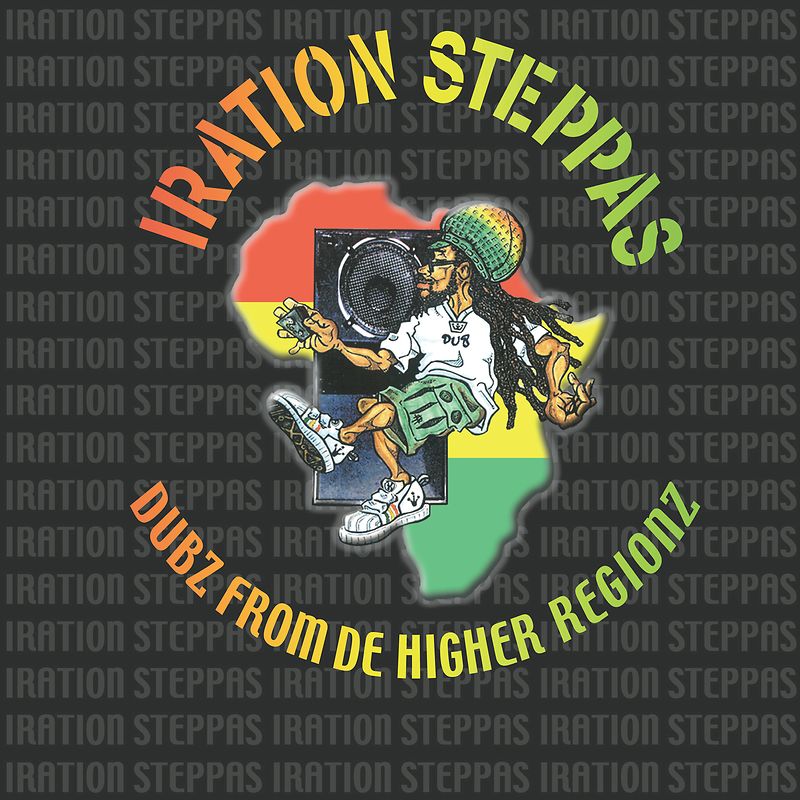 After 30 years in the scene, Iration Steppas have teamed up with Dubquake Records to dust off of their ground-breaking album:  “Dubz From De Higher Regionz”. The legendary Leeds sound system crew has kindly provided Rico O.B.F. with the original recordings which have been remastered for a 2020 exclusive re- release.

When “Original Dub D.A.T.” and “Dubz From De Higher Regionz” first came out on wax, only 8 and 10 tracks made it to the 12’’ LP. These new editions are a complete upgrade from the original release: for the first time, the whole 15 tracks on each CD are getting pressed onto a double vinyl! And the icing on the cake, is that the artwork on the inner leaflet is made of old school pictures and flyers, taking you straight down memory lane.

Launched in the early 90s, Iration Steppas is undoubtedly one of the UK’s most fierce sound systems. Members Mark Iration, Dennis Rootical and Sammy Dread have been building their reputation while pushing forward their own militant sound internationally.

Originally released in 1996 and 2004, “Original Dub D.A.T.” and “Dubz From De Higher Regionz” are the first Iration Steppas albums. Written by the young Mark Iration and Dennis Rootical in Mark’s High Rise studio in Leeds. While being inspired by rocksteady and roots, their artistry was also massively influenced by hip-hop, acid and house. The dub making duo spent hours fiddling about with analog gear such as the Akai S950 sampler trying to give a new meaning to their music. They spent countless nights mixing simultaneously on an analog desk until early morning, recording the rawest cuts straight onto D.A.T. tape. These albums are a testament to Iration Steppa’s innovation, creating a whole new fresh sound in Dub music: the UK digital steppers sound.

While technological advancements have set the standard for sound systems to play their music digitally, Iration still gets widely credited for having been pioneers in the use of D.A.T. recordings within the dub community.

Today, Iration Steppas remains one of UK’s hardest working sound systems. Whether it’s for hosting the famous Subdub nights held in Leeds West Indian Centre, playing at the best dances all over the world or cooking up monstrous dubs in their High Rise studio, Iration continues to inspire the new generation of sound systems coming through.