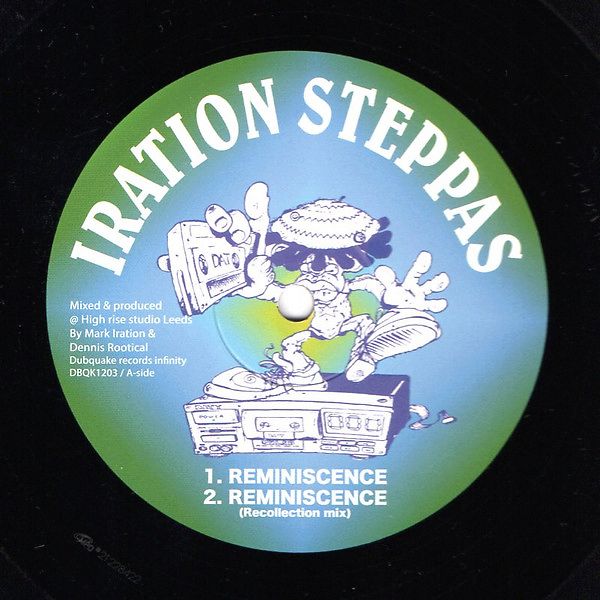 Iration Steppas are a Leeds institution, active for over 23 years as a sound system and production unit composed of Mark Iration and Dennis Rootical. The pair first met in 1993 at a time when sound system culture and music in the UK was changing, from the militant vibrations of Jah Shaka towards a broader future that would encompass not only the roots of the music but also new interpretations. Iration’s own production style was nicknamed “Year 3000 Dub” in reference to its ability to straddle both the past and the future.

As for the Iration Steppas system itself, it remains one of the UK’s best loved, a wall of sound that continues to bring to life generation after generation of British dub and bass pioneers.

After years of anticipation, here are the Iration Steppa “90s CLASSIC CUTZ”, an exclusive re- edition of seminal UK Dub tracks that revolutionised reggae & electronic music in the 90s!

All tracks have been remastered to perfection by Fédé (DK Mastering) and put onto five separate 12” slabs of wax. And to spice it up even more, each release features original mixes + previously unreleased dubplate cutz that could only be heard live on the sound system!

These tracks were produced and mixed by Iration's founding members Mark Iration and Dennis Rootical at the High Rise Studio in Chapeltown, Leeds. At the time, the dub-making-duo were heavily experimenting with new sounds, blending dub with acid soundscapes in a way that had never been done before. Their pioneering approach resulted in the creation of a whole new sub- genre, later inspiring future generations to create their own...