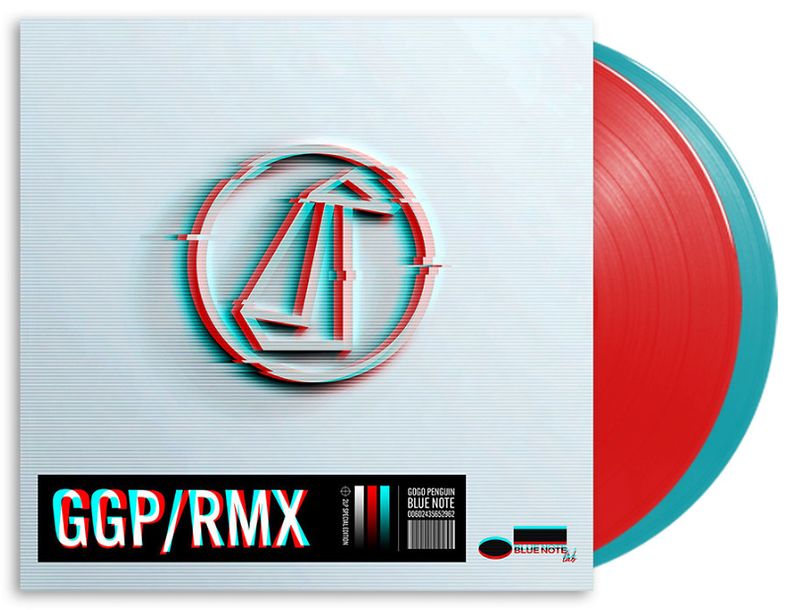 GGP/RMX pays testimony to the transformative art of the remix
€ 25,95

A GoGo Penguin remix album feels like a natural progression, but in this group’s true spirit, it never sounds like a predictable move. Since their emergence a decade ago, the Manchester-based trio (pianist Chris Illingworth, drummer Rob Turner, and bassist Nick Blacka) have been internationally hailed as electrifying live performers, innovative soundtrack composers, and as a collective who channel electronic and club culture atmospheres as much as minimalist influences or jazz legacy.

GGP/RMX is a concept that the group have fostered for years; it comes to brilliant fruition as a vividly reimagination of their fifth album, and self-defining masterwork, GoGo Penguin. Each track from the album is reimagined as well as a mesmerising new version of the previously rare gem Petit_a (which was initially a Japan-only release before it emerged on GGP’s digital EP Live From Studio 2). The group have personally enlisted an array of the world’s sharpest artist-producers and remixers.

GGP/RMX pays testimony to the transformative art of the remix; it also reflects GGP’s original musicianship and global scope, as well as firm bonds of friendship and respect, and glorious faith in creative adventures. The new visions on RMX feel intuitive, even symbiotic.

Tokyo music hero Cornelius opens the collection with his joyously invigorating take on Kora, and he pays homage to GGP’s Manchester heritage as well as his own rapport with the British city (which bore a formative influence on his own early Shibuya-kei work). Also from Japan, the innovative musician and sound designer Yosi Horikawa (acclaimed for his experimental field recordings as well as his electronic productions) presents a richly evocative mix of Embers. Finally, wide-screen minimalists Portico Quartet create an insistently evocative end-note with their poignant reconstruction of Don’t Go.

GGP/RMX repeatedly propels us towards the dancefloor, but it never just ends there; the music pulses and flows, transporting us into brand new realms.