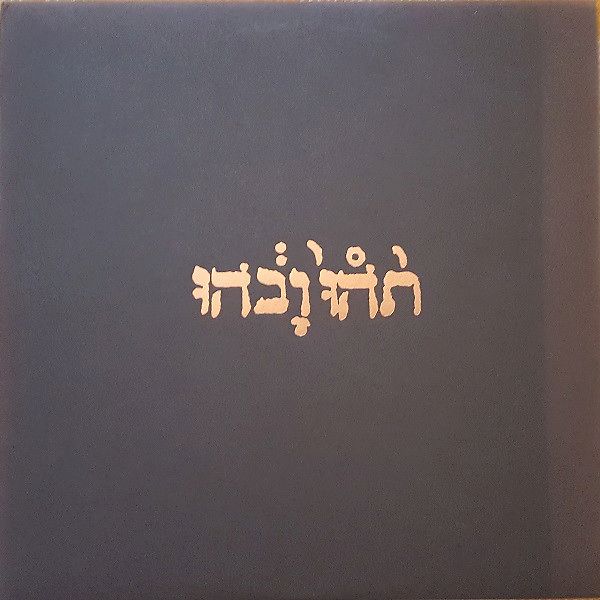 The Hebrew letters on the cover mean Tohu wa'wohu (from Genesis 1: (... and the earth was) without form and void). The lettering is taken from the first edition of the rabbinic bible from Venice handcopied in the year 1525. The inner sleeve contains Jeremiah and ist translated to american english.

Recorded at Dale Morningstar's Gas Station in Toronto. The dialogue with Blaise Bailey Finnegan the Third recorded on a sidewalk in Providence, RI. ¼-inch mastering botched by Metalworks, repaired by Constellation + Godspeed. Released with printed innersleeve and includes two inserts: a dark gray screen printed sheet and a label insert. Made In Canada. Side A: 45 RPM Side B: 33 ⅓ RPM.