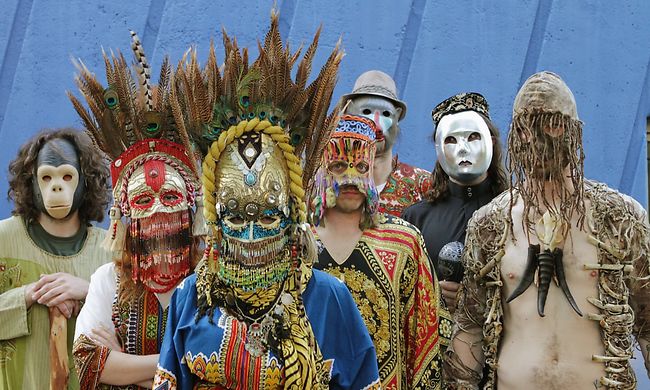 Goat claims to hail from Korpilombolo in Sweden which, according to the band's own publicity, has a history of voodoo worship after a witch doctor came and lived there. Supposedly, when Christian crusaders came and destroyed the village the surviving people fled and placed a curse on the town.

The band started playing music when they were children, as part of a local community tradition, and there have been many incarnations of Goat who have recorded over the last "30 or 40 years".

"We've been taught since we were small to have an understanding of not only western bands, but of music from other parts of the world. The title World Music was chosen because we believe we play 'world music', and that's what we think everyone plays".