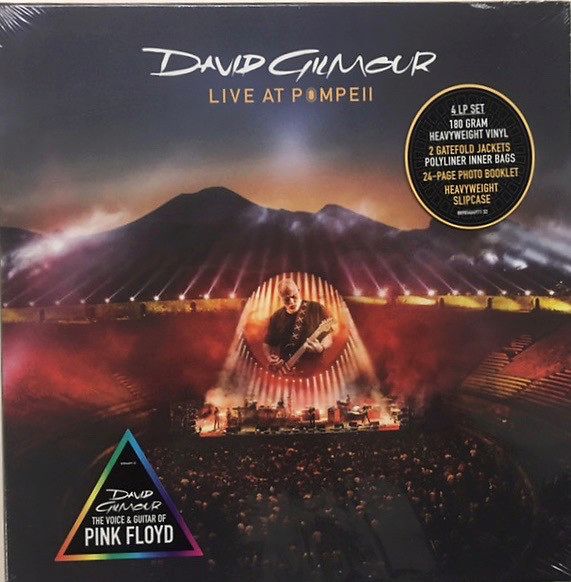 David Jon Gilmour (born 6 March 1946) is an English guitarist, singer and songwriter best known as a longtime member of the progressive rock band Pink Floyd. He joined the group as guitarist and co-lead vocalist in 1968, effectively as a replacement for founder member Syd Barrett, who was dismissed from the band shortly afterwards.

Live at Pompeii is a live album and film by David Gilmour, it was recorded at the Amphitheatre of Pompeii. It documents his 2015-16 world tour to promote his album, Rattle That Lock (2015). The album was mixed at Astoria Studios by Andy Jackson. The album was released on 29 September 2017.