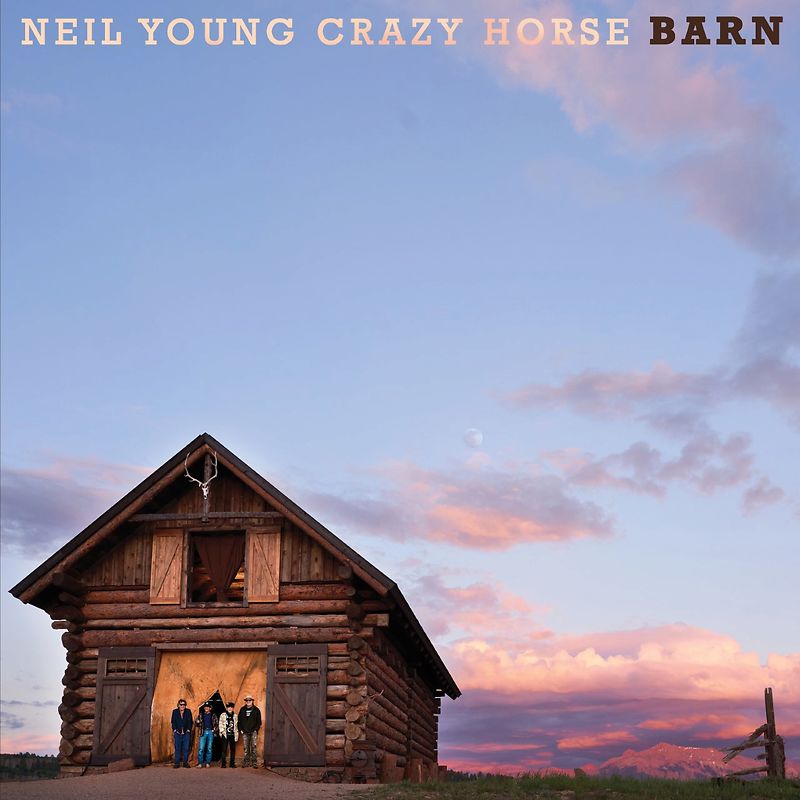 Indie Only - Including Six Behind-the-Scenes Photos

Neil Young & Crazy Horse's new album BARN will be released December 10th, 2021 on Reprise Records, their longtime home since the beginning. The band's debut album EVERYBODY KNOWS THIS IS NOWHERE came out in May 1969. Today, Crazy Horse features Ralph Molina on drums, Billy Talbot on electric bass and multi-instrumentalist Nils Lofgren. Lofgren, a founding member of the Horse,  also played on other Neil Young albums like Tonight’s The Night, After The Gold Rush and Trans.

10 new songs that capture the raw, idiosyncratic rock and roll spirit and lyrical beauty that epitomizes a classic NYCH collaboration. Recorded this summer under a full moon, in a restored off-grid 19th century barn high up in the Rockies, the Horse was right at home and the album’s stunning love songs, reflective ballads and powerhouse rockers naturally burst into life.

1. Song of the Seasons

8. Tumblin’ Thru the Years