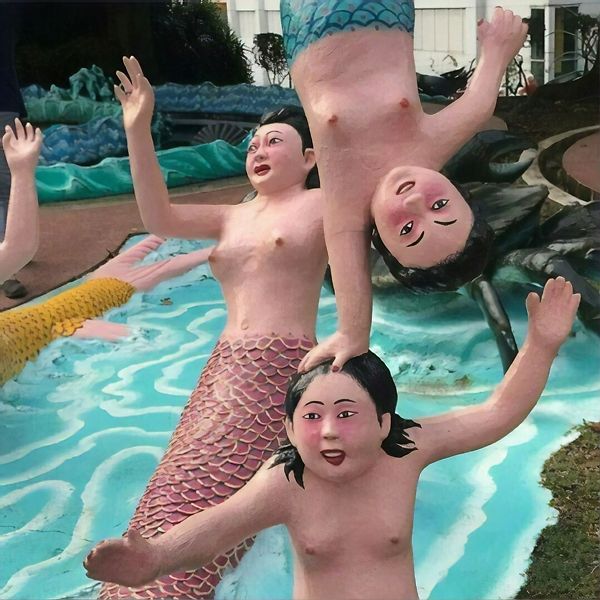 Ghent-based absurd Space Rock / Synth Pop.
€ 23,95
PICK-UP AT SHOP POSSIBLE (no shippingcost) / FREE SHIPPING FOR ORDERS EXCEEDING 50EURO / Shipping costs are dependent on various factors and are calculated in your shopping cart. Add this item to your cart to see the shipping cost. Or pick up your order at our store in Ghent.

Shht is the fruitful result of a get together. Seeking to expose a sublime truth in all things kitsch and quirky, the combined force of what constitutes Shht results in an enticingly wet post-pop dream.

Today they proudly present to you their sophomore album Noneketanu. Much more a result of collaboration than its predecessor, the music featured on the album stems from a busy year crammed with jamming and performing as a strong, grooving unit. Lyrically, the subject matter zooms in this time, to deal with a much more personal experience of joy and sorrow. Since the release of their debut album, Love Love Love (2018), Shht has built up quite the live reputation, and as for the follow up they set themselves the challenge to capture this live energy in the form of a recorded piece of music. The result is Noneketanu, spanning from simple songs to unprecedented polka rave, it was recorded mostly in live takes, adding only a few overdubs afterwards, if any.

Shht is know to strike audiences with inexhaustible energy. They have played over 200 shows, including Pukkelpop, Linkerwoofer and Leffingeleuren (Belgium), Best Kept Secret Festival and Eurosonic Noorderslag (The Netherlands), Oppikopi Festival (South Africa), MENT Festival (Slovenia), G! Festival (Faroe Islands) and Trans Musicales (France). They have toured in Spain and The Netherlands, and also accompanied 'De Staat' as support band on their recent tour across Central Europe and Great Britain. In their home country, they have played shows in De Vooruit, Ancienne Belgique, Het Depot, De Kreun, and many more.

Shht embodies the rich cultural heritage that Ghent has to offer for those who care to look. From the quirky, energetic experimental jazz funk of Beraadgeslagen to the hard hitting beats of the DeeWee trademark to the raw rage of Raketkanon, Shht soaks up the musical multitude of what lives and breathes in their city and combines it with their love for established masters such as Zappa, Kanye, Mr Oizo, The Beatles, Mauro Pawlowski, Mathijs Steels, Bach, ... Resulting in their very personal touch.