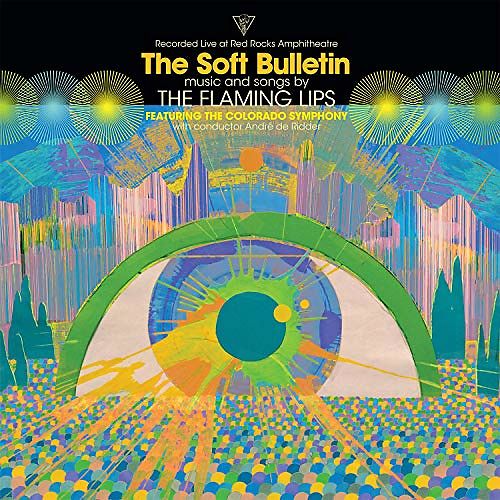 Magical live recording of the 1999 album w/ the the Colorado Symphony.
€ 26,95
Shipping costs are dependent on various factors and are calculated in your shopping cart. Add this item to your cart to see the shipping cost. Or pick up your order at our store in Ghent.

On May 26, 2016, THE FLAMING LIPS performed their universally acclaimed 1999 Warner Records album The Soft Bulletin in its entirety with the Colorado Symphony at Red Rocks Amphitheatre in Morrison, Colorado. This particular event has been regarded by those in attendance as one of the most awe-inspiring, moving and magical moments of a lifetime. For the LIPS and their fans, perhaps the apex of a magnificent interpretation that will remain as rewarding and emotionally charged as it was that night in 2016.