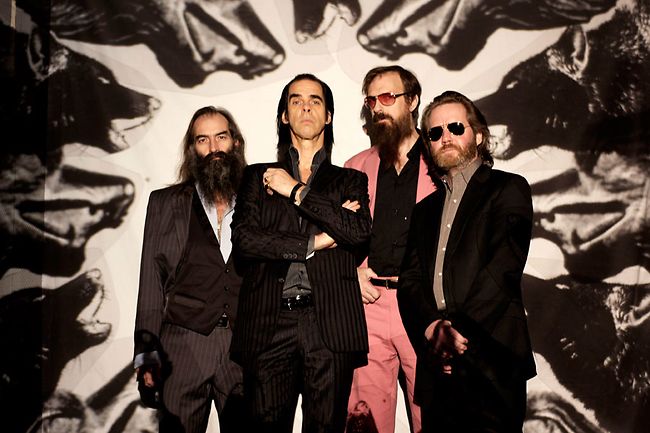 Formed as a side project to Nick Cave and the Bad Seeds, the band was originally known as Mini Seeds and was formed by Cave as "a way to escape the weight of The Bad Seeds."

Following extensive touring after the release of Grinderman 2, Grinderman disbanded after a performance at the Meredith Music Festival in Victoria, Australia in December 2011. The band split up in order to focus on The Bad Seeds' upcoming material.

However, Jim Sclavunos later said: "I can't predict what the future of Grinderman is – if there is a future". In July 2019, while answering a fan on his Red Hand Files, Nick Cave hinted that a third album in a "yet to be completed trilogy" was in the works....