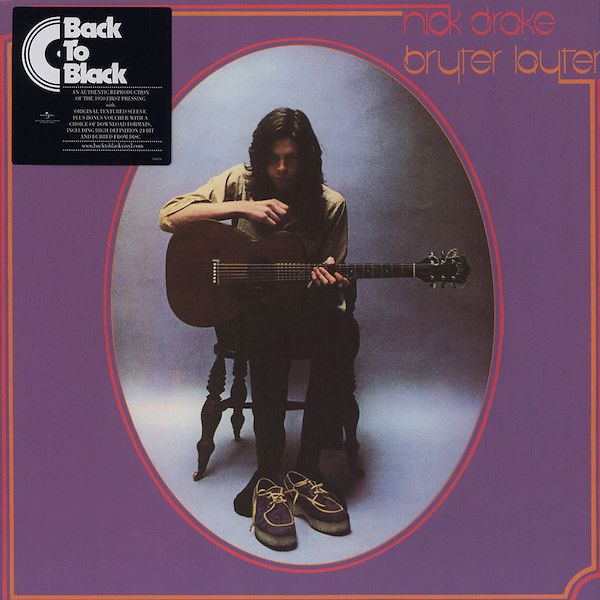 Bryter Layter is the second studio album by English folk singer-songwriter Nick Drake. Recorded in 1970 and released on 5 March 1971 by Island Records, it would be his last album to feature backing musicians, as his next and final studio album, Pink Moon, would have Drake perform all songs solo.

Drake was accompanied by part of the British folk rock group Fairport Convention and John Cale from The Velvet Underground, as well as Beach Boys session musicians Mike Kowalski and Ed Carter.