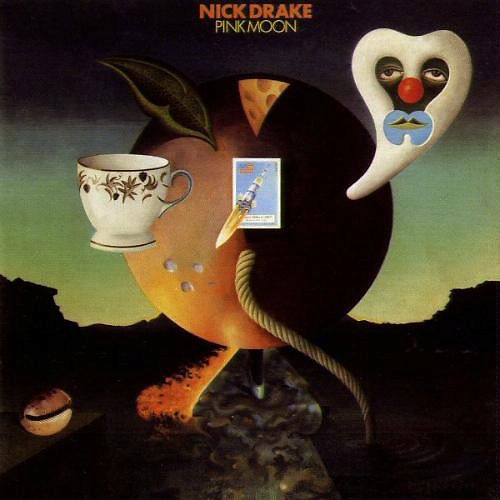 Pink Moon is the third and final studio album by the English folk musician Nick Drake, released in the UK by Island Records on 25 February 1972. It was the only one of Drake's studio albums to be released in North America during his lifetime: the only previous release there had been a 1971 compilation simply entitled Nick Drake featuring tracks from both his first two albums, which were not released in North America in their original forms until 1976. Pink Moon differs from Drake's previous albums in that it was recorded without a backing band, featuring just Drake on vocals, acoustic guitar and a brief piano riff overdubbed onto the title track.

Released two years before Drake's death in November 1974, at the age of twenty-six, the lyrical content of Pink Moon has often been attributed to Drake's ongoing battle with depression. The songs are shorter than on his previous albums, with a total album running time of just over twenty-eight minutes.

Pink Moon, like Drake's previous studio albums, did not sell well during his lifetime but has since gained in critical acclaim and record sales.