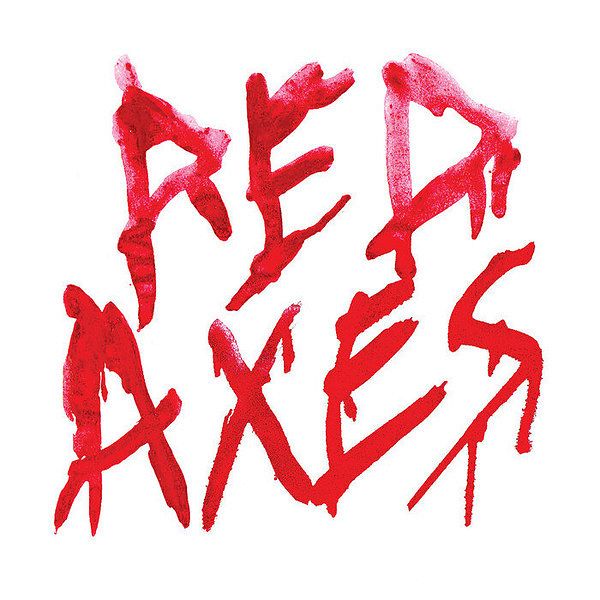 2020 marks the tenth of collaboration for Red Axes, the Tel Aviv-based duo of Dori Sadovnik and Niv Arzi. Informed by post-punk, new wave, and a plethora of club sounds old and new, they have cleaved a singular path with their hefty discography. To celebrate their anniversary, they reunite with Dark Entries for an eponymous 11 track LP brimming with jagged guitars, spacy arpeggios, and hypnotic vocals.

Although Sadovnik and Arzi have previously released LPs on I’m A Cliche and Garzen Records, Red Axes is their first effort written and conceived of as an album-length listening experience. This work flows effortlessly through a variety of stylistic detours, highlighting their ears as both keen listeners and skilled DJs. Opener ‘They Game’ is a grooving number that unifies the psychedelia of cosmic disco with the early 90s ‘baggy’ sound. The energy mounts further with “Shelera”, a guitar-driven acidic banger, and “Sticks and Stones”, a certifiable club hit fueled by sassy vocals courtesy of Adi Bronicki. Launching Side B is “Break the Limit”, an EBM-laced number that wouldn’t sound out of place on a Razormaid compilation. The following tracks wax moodier, with “Brotherhood (Of the Misunderstanding)” touching on darkwave territory. “Udibaby” and “Arpman” close out the album with their respectively dense and sparse takes on kosmische lysergia.

Red Axes was mixed by Steve Dub and mastered by George Horn at Fantasy Studios. The album’s artwork starkly depicts the project’s name in blood-red smear. Also included is a postcard with full credits and album art. It’s rare one finds an album that so casually challenges classification while still being firmly rooted on the dancefloor.