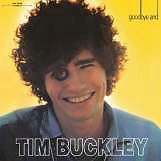 Goodbye and Hello is the second album by Tim Buckley, originally released on Elektra in August 1967, recorded in Los Angeles, California, in June of the same year.

Often cited as the ultimate Tim Buckley statement, Goodbye and Hello is indeed a fabulous album, but it's merely one side of Tim Buckley's enormous talent. Recorded in the middle of 1967 (in the afterglow of Sgt. Pepper), this album is clearly inspired by Pepper's exploratory spirit. More often than not, this helps to bring Buckley's awesome musical vision home.

The finest songs on the album were written by him alone, particularly "Once I Was" and "Pleasant Street." Buoyed by Jerry Yester's excellent production, these tracks are easily among the finest example of Buckley's psychedelic/folk vision on an excellent and revolutionary album that was a quantum leap for both Tim Buckley and the audience.