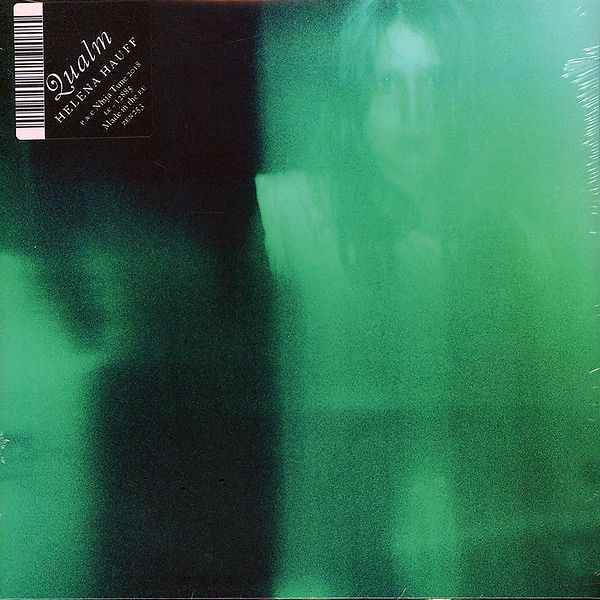 “Qualm” is the new album by Helena Hauff, released via Ninja Tune. The title has a duality that Hauff enjoys - the German word “Qualm” ( kvalm) translates as fumes or smoke, whilst the English meaning refers to an uneasy feeling of doubt, worry, or fear, especially about one's own conduct. True to form, the record is unapologetically raw and finds her returning to her original modus operandi - jamming on her machines - “trying to create something powerful without using too many instruments and layers”.

A former resident of the Golden Pudel club in her hometown Hamburg, Helena’s profile and global standing has grown exponentially since the release of “Discreet Desires” in 2015, purely on the strength of her authenticity and her expertly curated DJ sets spanning acid, electro, EBM, techno and post punk. Gigging incessantly (and still lugging a box of records across the world) Helena’s reputation earned her an invitation to join the BBC Radio 1 Residency, she was the subject of cover features for Crack Magazine and DJ Mag, she played headline sets at Sonar (b2b with Ben UFO) and Dekmantel, and at the end of 2017 Crack Magazine declared Helena “The Most Exciting DJ In The World (Right Now)” and her ballistic BBC Essential Mix was voted the best of 2017.

Born and raised in Hamburg, a self-confessed child of the 90s, Helena was obsessed with the music she discovered via the television on channels such as MTV and VIVA. She recalls her grandmother buying Technotronic's 'Pump Up The Jam’ at the flea market for her and watching coverage of iconic electronic music festival Loveparade in Berlin on TV. She has fond memories of borrowing CDs from the local library and making her own mixtapes - these days an archaic practice but from a curatorial standpoint these were her earliest outings as a DJ. Helena picks out Miss Kittin & The Hacker and Toktok vs. Soffy O as inspirations but it was the self-titled album from 2001 by electro icon Radioactive Man that was "a real eye-opener" providing the stimulus for her to dive in and immerse herself in the music and culture.

At university Helena studied first for a Fine Art degree, but whilst she enjoyed the emphasis on experimentation and artistic freedom, she realised that she didn’t have an innate need to make visual art, the prerequisite for a career in that oeuvre according to her lecturer. However, she did have exactly that compulsion in regards to DJing: “I was obsessed with DJing, there was no question that I had to do it. It wasn’t about the money, I just wanted to DJ somewhere,” she explains. Next Helena enrolled on a degree in Systematic Music Science and Physics. Heading in almost the polar opposite direction to her Fine Art background, it was a highly technical syllabus incorporating maths, physics and acoustics but perhaps on some level this juxtaposition of science and art has shaped her approach to coaxing music from her machines?

Helena made her recording debut in 2013 on Werkdiscs / Ninja Tune. She has since partnered with PAN (as Black Sites alongside F#x), Lux Rec, Bunker sublabel Panzerkreuz, Texan cassette imprint Handmade Birds and established her own label Return To Disorder (2015). Most recently she released a 4-track EP “Have You Been There, Have You Seen It” (2017) via Ninja Tune that “pushed her machines to their breaking point… capturing the ironclad force she delivers in her DJ sets while further carving out her own space in the electro landscape” (Pitchfork).