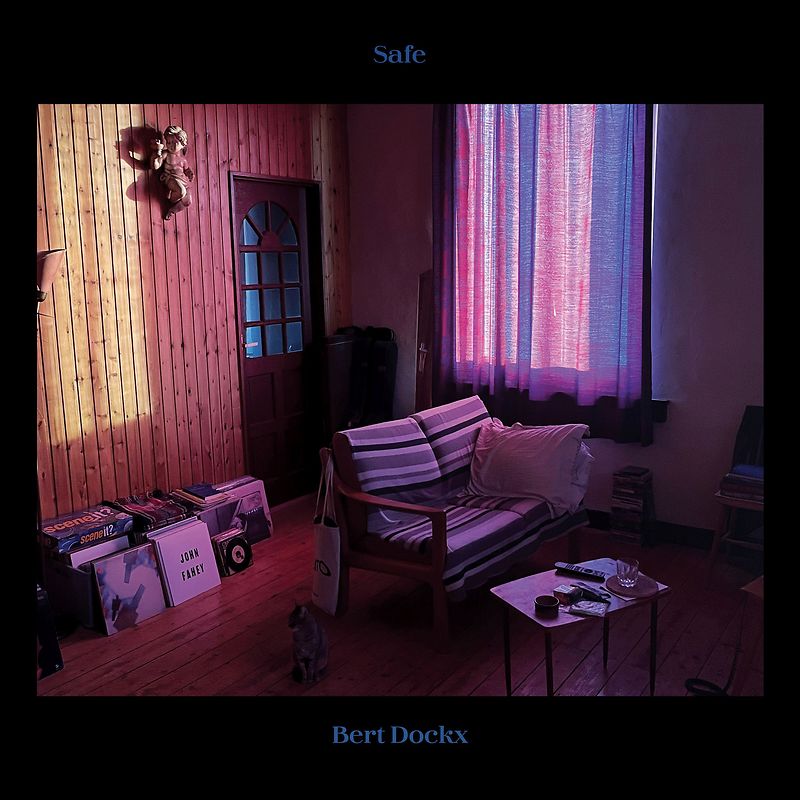 Due to manufacturing issues the release is sadly postponed to April 15th. Our sincere apologies. We'll fulfill your orders as soon as possible.

After 'Transit', his successful solo debut, Safe is the second album Bert Dockx (Dans Dans, Flying Horseman, Ottla, Strand) is releasing under his own name.

This collection of songs and instrumentals navigates between threat and dream, between silence and storm. Unlike 'Transit', 'Safe' mainly consists of original work and just two interpretations (of The Velvet Underground & Ornette Coleman tracks). This time Dockx is not flying entirely solo either, he gets musical assistance from Loesje and Martha Maieu (Flying Horseman, Blackie & The Oohoos) and Thomas Jillings (Ottla, Linus). Koen Gisen, Ghent based producer for connoisseurs, is back at the controls. Together with them, Dockx paints a richly variegated and adventurous soundscape with echoes of his other musical projects.