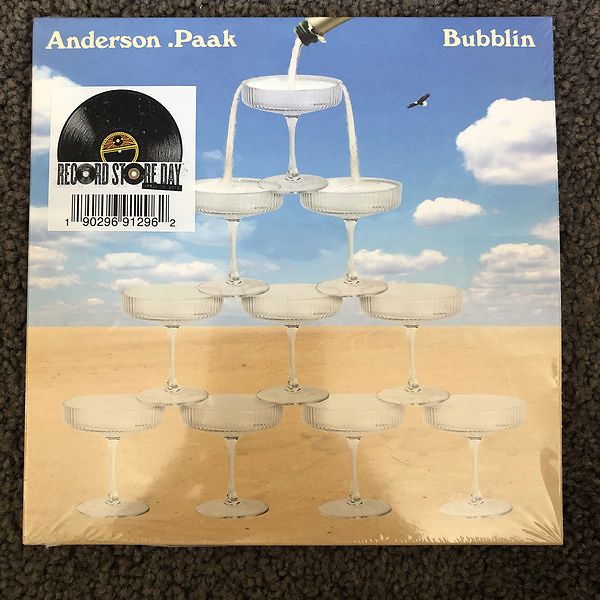 RSD 2019: With a soulful essence harkening back to the iconic voices of the seventies, yet embodying a raw uniqueness fully present in the now, the acclaimed singer/rapper/drummer/producer, Anderson .Paak, has successfully alchemized a cross-section of musical styles – R&B, hip-hop, and dance – into a solid, undeniable, irresistible “genre-less sound.” A rabid worldwide fan base, praise from critics at outlets including Rolling Stone, Billboard, New York Times, and Pitchfork, and electrifying appearances on talk shows including Ellen, The Late Show with Stephen Colbert, The Tonight Show Starring Jimmy Fallon and at festivals around the globe have all cemented .Paak’s place as one of the most premier artists on the music scene today.

Born Brandon Paak Anderson, his extraordinary talent was fully realized under the name Anderson .Paak with his debut Venice and a stellar six-song run on Dr. Dre’s certified Gold COMPTON album, culminating in the perfect storm of his sophomore release, 2016’s Malibu. Met with universal rave reviews, major nominations, including Best New Artist and Best Urban Contemporary Album Grammy nods, and a hail of award wins. Anderson .Paak’s “Bubblin”, his first single under 12 Tone Music Group and Aftermath, has since been nominated for a 2019 Grammy award for Best Rap Performance and was selected as one of Triple J’s Hottest 100.