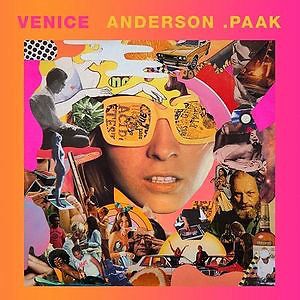 Venice is the debut studio album by American singer & multi-instrumentalist Anderson Paak. It was released on October 28, 2014, by Steel Wool, OBE and Empire Distribution. Anderson Paak did the production on this album, alongside several other record producers such as Lo_Def, DJ Nobody, DK the Punisher, Mikos the Gawd, Kelsey Gonzalez, Tokimonsta, Ta-Ku; as well as it features guest appearance from SiR.

The album was supported by two singles: "Drugs" and "Miss Right". The album also features lead guitar work by Jose Rios, acoustic & bass guitar from Kelsey Gonzalez and Keyboard from Ron Avant. Members of The Free Nationals who play with Paak at his live shows.