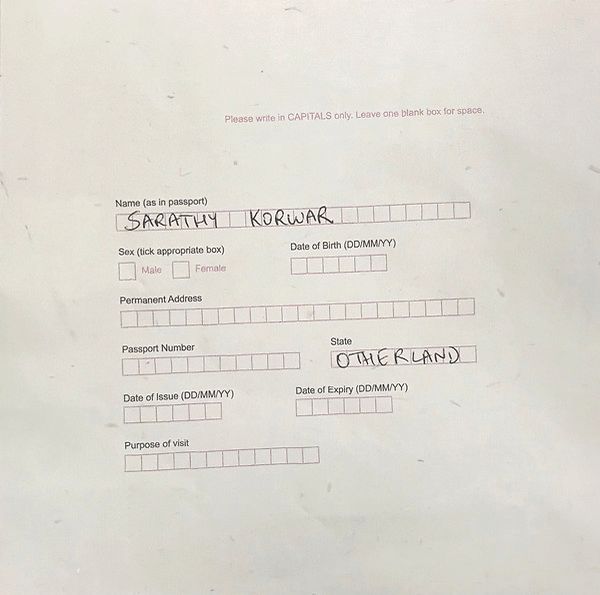 1.000 Copies on Transparent Green Vinyl For The World

Otherland expands on the themes of South Asian identity explored on Sarathy Korwar’s politically-charged and critically-lauded album More Arriving. "Otherland can be seen as a close blood relative to More Arriving,” Korwar explains. “The songs Juggernaut and Birthright were born during the writing for the album, and in my mind are a continuation of that record. Both songs play on themes of identity, ‘othering’ and borders.

Tushar Menon’s artwork draws attention to the bureaucracy and tedium that is every immigrant’s reality. Filling out a hundred forms to prove you belong. "Once again, the words of the South Asian diaspora are key, with Kushal Gaya (Melt Yourself Down), Mirande and Mumbai hip-hop collective Swadesi all lending their voices to Otherland. Birthright features another brilliant, cutting turn from London-based poet Zia Ahmed, whose dark, provocative sense of humour shone through on album tracks Bol and Mango, and has been a focal point for Korwar’s recent live shows.