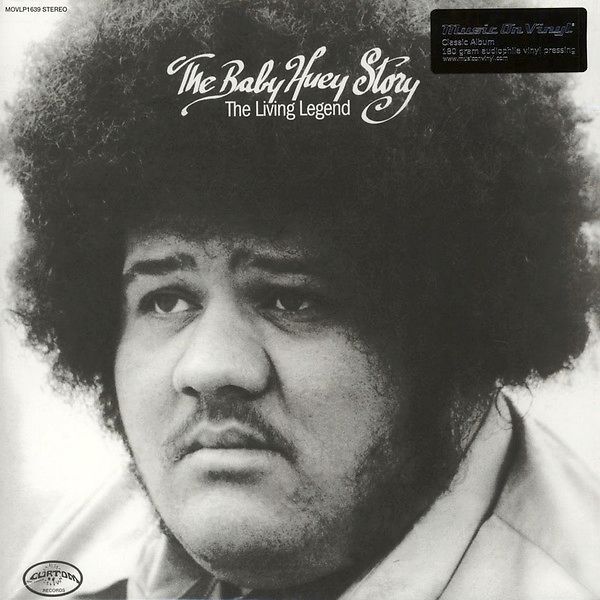 The Baby Huey Story: The Living Legend is the only album of Baby Huey that has been released to date. It was put together and released in 1971 after his death. The title refers to the "legend" of Baby Huey that survives after his death. Baby Huey was in the midst of recording tracks for his debut album when he died as a result of a heart attack in 1970. Some time lapsed before his manager Marv Stuart and Curtis Mayfield took what had already been recorded, added some instrumental tracks that had been recorded previously and managed to gather up enough for the album's release. It is quite likely that some of the tracks feature Curtom Records session men and not the Babysitters as Mayfield wanted to sign Ramey and not the rest of the band. Noteworthy tracks include a "massive psychedelic rendition" of Sam Cooke's A Change is Gonna Come.

A quarter century after its release, The Baby Huey Story went on to become a cult classic among soul musicians and hip-hop fans. Its single "Hard Times" in particular has been sampled many times, by artists such as Ice Cube, A Tribe Called Quest, and Ghostface Killah, and was covered by John Legend & The Roots in 2010 for the album Wake Up!