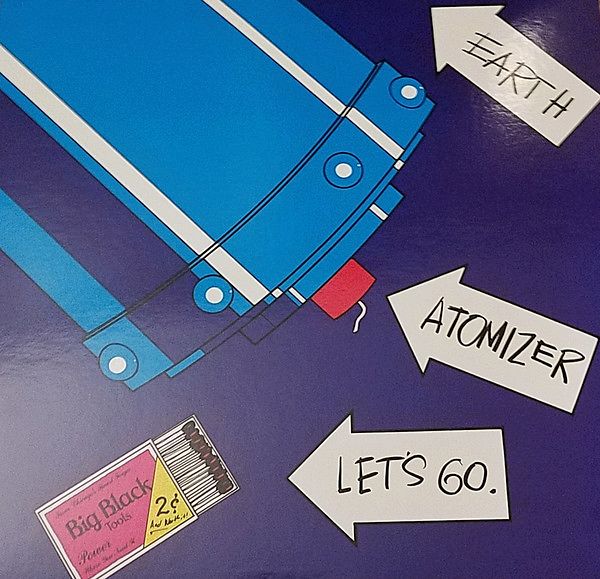 Atomizer is a 1986 album by the American punk rock group Big Black. It is their debut full-length album as all previous releases are EPs. The LP is accompanied by liner notes that explain the stories behind many of the songs. The album reached number 197 in the Billboard Hot 200 chart.

The most popular song on the album and possibly by Big Black, "Kerosene", has a shaky guitar line that gives it an odd appeal and a slower rhythm than most Big Black songs. It discusses being bored and then as a result wanting to be set on fire. Violent lyrics such as these occur throughout Big Black's entire discography.

30th anniversary reissue. This remastered version of Atomizer includes the song "Strange Things" which appeared on the first pressing of Atomizer, but was not present on subsequent vinyl pressings nor on The Rich Man's Eight Track CD. It also comes with a double sided insert and a digital download coupon.