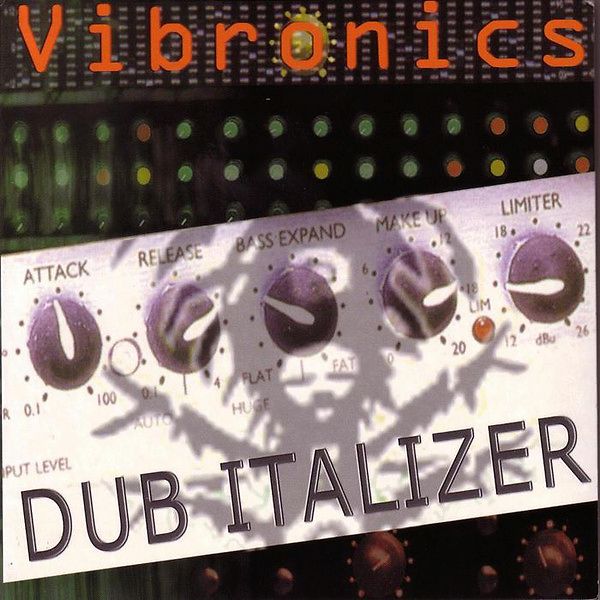 Mainly working in digital dub, Vibronics' early releases such as "Universal Love" and "Jah Light, Jah Love" found favour with sound systems such as Jah Shaka's, Iration Steppas, and Aba Shanti-I. With Jah Free, Vibronics performed on a series of dub conferences in several European countries, leading to the release of the album Outernational Dub Conference Volume One in 1998.

They set up their own SCOOPS label, and in recent years have worked with vocalists such as Prince Alla, Tena Stelin, Ranking Joe, Madu Messenger, Parvez (Dub Factory), Jah Marnyah, and Echo Ranks.

"First off apologies must go to Vibronics for the time it’s taken for this review to appear. Released at the tail end of 2000. This album has resided in my play out box ever since. My many sound-clash sets have featured many tunes from this wicked album. So all you contemporary dub heads get out there, buy this.

This Vibronics first solo release, follows on from the success of his joint release with Jah Free ( Outernational Dub Convention ). This is the album where these past works have borne fruit and boy does it taste sweet. Dub Italizer is a modern contemporary dub album with a healthy mixture of sound influences both old and new. Dub Italizer tunes range from the sublime 'Rastaman's story' which acts as a nice set opener to the bin bustin’ Shaka style workouts of tunes such as ‘Jah Dub’ and Vintage Dub. Other tracks feature great melodica work and uplifting female vocals. Most notable of these is the Free Radical Sounds hit play - out tune ‘Jah Music’. Which never fails to set the floor alight with the dub being demanded by the dance.

Having already been thoroughly rinsed by the UK’s sound system heavy weights. It’s on the dance floor where the full subsonic vibes of this unmissable album comes alive. DJ,s play out any of the sixteen tunes contained herein and see your audience rock.

Released On both CD and sound system friendly double vinyl dub plates. Dub Italizeris both heavy duty and an essential part of any contemporary dubheads collection. Dub Italizer is a very strong and varied album with a fitting tune for most play out environments. A future classic for sure, Love it, Thanks

Top Tune : On Jah side / Dub.
A great upbeat female vocal led tune which features strongly in my sets and is almost always followed by its heavy weight dub version.

Runner Up : Positive direction / Dub
A tune which works well as a set opener with lyrics that let us know exactly where it’s at " Give it up, give it in, let roots begin, heading in the right direction. Roots never turn I away and Jah welcome all I to stay." The version is another heavyweight Shaka style tune. Which has also proved to be a hit on the dance floor."