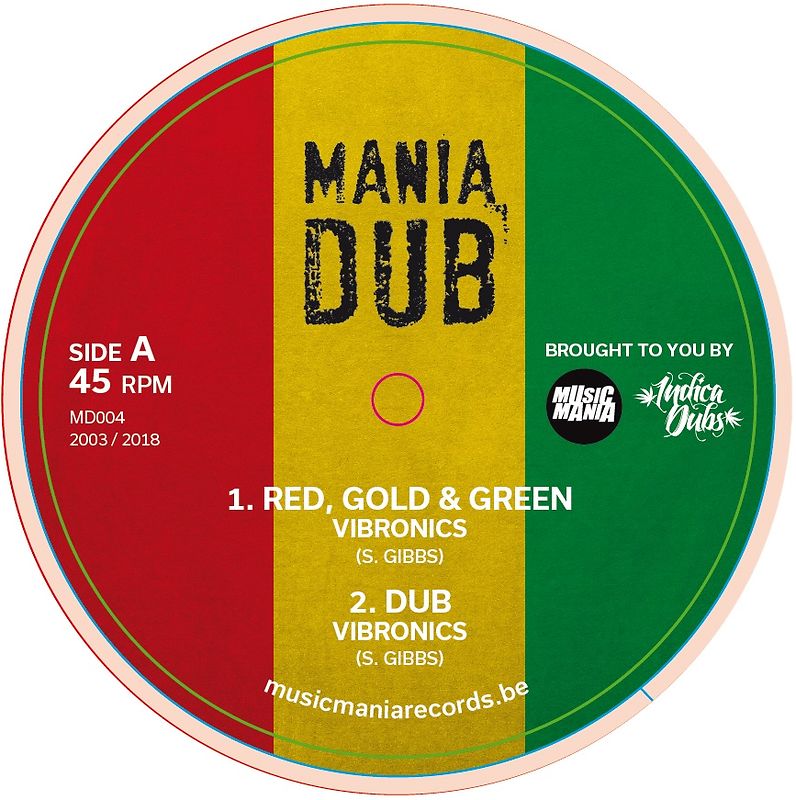 Music Mania and Indica Dubs is proud to present the fourth release in their Mania Dub series. Following the classics ‘Almighty Dub’ (MD001), ‘Rastafari’ (MD002), ‘Light Up Your Spliff’ (MD003), comes another of the UK Dub scene’s most popular producers; Vibronics, with two of their most popular anthems from the early 2000s: Red, Gold & Green / Terror. Both of these killers were previous released on different labels, and we have collated both songs into one giant release! Vibronics, the future sound of dub, have been vibrating the world with bass since 1997. Their music is at the forefront of the UK Dub scene, proven by over 60 releases on their own legendary SCOOPS label.

“Red, Gold and Green was the first time I worked with Horns - all played by Stevie Splitz – and now I’ve been working with him ever since... Terror was made with using the most basic equipment, set up in a temporary studio at home just to build some of raw exclusive dubplates that were never meant for release - they have gone on to be some true Vibronics anthems.”

The master tracks have been provided by Steve Vibronics for us to ensure the original heavyweight sound!

Beware: Side A is loaded with triumphant horns on a one-drop beat, and the fearsome synth melodies on Side B will cause absolute terror when played at any event!