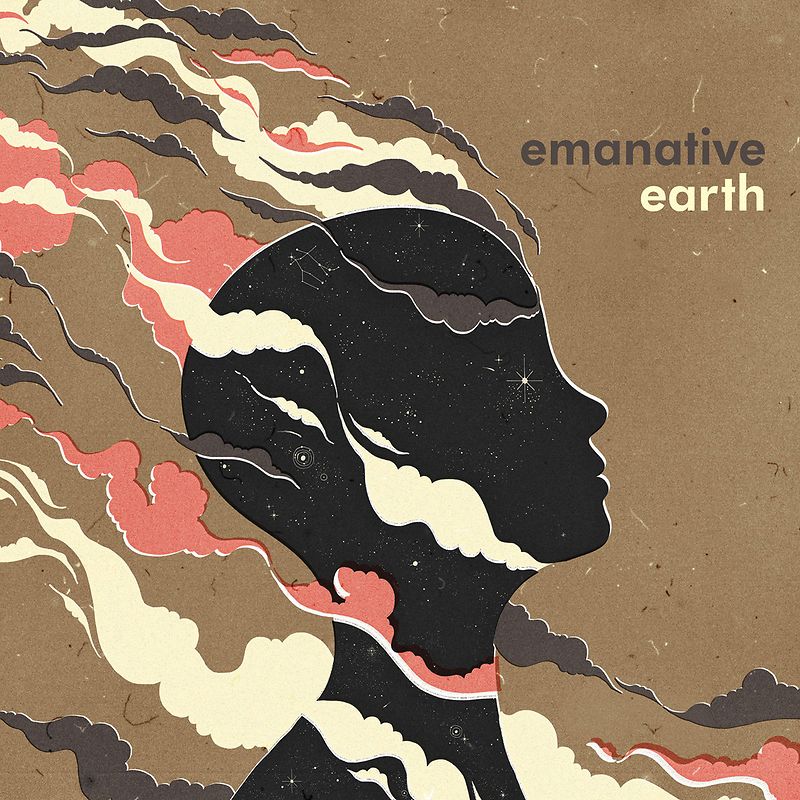 Nice UK modern soul & jazz of the spiritual kind! Linked to Gilles Peterson.
€ 26,95
Add to wishlist
PICK-UP AT SHOP / FREE SHIPPING FOR ORDERS WITHIN BELGIUM AND EXCEEDING € 50 (FYI: we notice delays at Bpost which are out of our hands, if you want to be a 100% sure about delivery date, best choose pick-up) / Shipping costs are dependent on various factors and are calculated in your shopping cart. Add this item to your cart to see the shipping cost. Or pick up your order at our store in Ghent.

Initially Emanative was an output for Woodmansey’s more beat-led productions which he began releasing in 2008. Over the course of a decade and a multitude of singles and three full-length albums, the project has morphed – emanated – into a collaborative, jazz-influenced, outward-facing globally-inspired collective. 2015’s The Light Years of the Darkness album release was a key turning point and a record that saw Woodmansey work with a stellar cast of contributors featuring amongst others Keiran Hebden aka Four Tet and trumpeter Ahmed Abdullah. All profits went to the Steve Reid Foundation, a charity which Gilles Peterson set up of which Woodmansey is a trustee – all in the name of the legendary jazz-drummer to help musicians in crisis as well as to support new talent.

Born in 1975 and growing up in Sussex, music was part of Nick’s life from an early age as his dad Mick ('Woody') Woodmansey was the drummer with Bowie’s Spiders from Mars. His father instilled in him a life-long passion in drums, teaching him the basics. Plans to go to art college were shelved after he moved to London in 1991, squatting in Dalston, and esconsing himself in the London music scene. A few years later Woodmansey took a 12-month gig playing drums on a cruise ship, before returning to the UK and spending the next decade playing on the London scene in various projects whilst raising a family – it was there he decided to go it alone and so in 2006 Emanative was official.

The Earth record encouraged Nick to delve deeper into his spirituality: “When you work with guys like Ahmed and Idris (Ackamoor), spiritual people, their vibe, attitude rubs off on you”, he opines. “I’m not religious but I an very spiritual: my perspective on life is less materialistic, more humanitarian. It’s important to see both the negative and the positive in life – but a spiritual perspective is inherently positive – you look for the good in things”. Nick’s spirituality is intertwined with his musicianship yet he is quick to point out that “the rest of the band are not necessarily on the same planet as me!”

“I remember reading something Sun Ra said that has stuck with me. For most cultures and tribes music is not about the technical quality but it’s about expression, communication and the joy of playing. For me it’s about the vibe rather than technical perfection - if it sounds good, it is good".