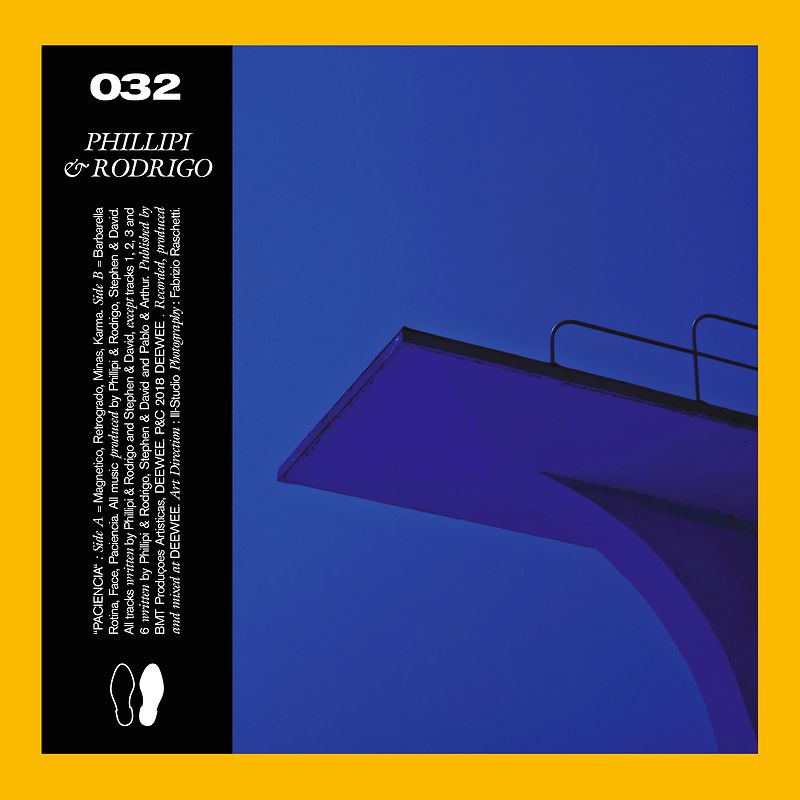 After the EP comes the debut album ft. brazilian groovin belearica with chattering synths on DEEWEE!
€ 16,95

This longplayer follows Phillipi & Rodrigo’s single of the same name; released in November last year, ‘Paciencia’ (single) was backed with a DEEWEEDUB. Described by David and Stephen as sounding “like Stereolab in 2018 singing in Portuguese while a Batacuda band performs at a Brazilian beach techno party”, ‘Paciencia’ (album) begins with ‘Magnetico’, a languid, dubby start, that opens proceedings before the upbeat, organ-heavy psychedelic pop of ‘Retrogrado’. The melancholic ‘Minas’ (complete with beautiful piano, strings, and birdsong), is the first straight dance cut on the album, a torch song, sung, like the rest of the album, in Portuguese.