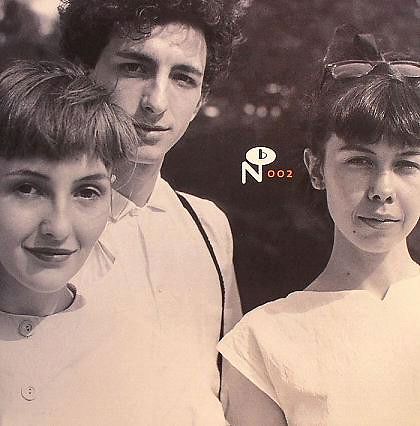 1982, Brussels: The former au pair for Rick Wakeman of Yes and two of her teenage friends are at the doorstep of Les Disques Du Crepuscule to make an album with Gilles Martin. Living on busking wages and next door to Tuxedo Moon, they manage to make a contemporary bossanova record that provides the missing link between Antonio Carlos Jobim and Kraftwerk. Antena’s album would be issued and promptly forgotten, with Isabelle Antena moving toward jazz in Asia and the others returning to France. Twenty years later, it was findable only as a VG+ LP with a sticker price of $4.99. Intrigued by the striking cover’s patio furniture at rest in the south of France, we scooped up Camino Del Sol immediately, giving it the distinction as the second record in our library.

Six years later, we're finally issuing it on LP. The original Camino Del Sol has been given back its spacious mini-LP quarters, packaged in a replica of its Benoit Hennebert-designed sleeve, while the remaining tracks (including all four songs from the "Boy From Ipanema" session, "Seaside Weekend," two Crepuscule compilation cuts, and four period outtakes) have been given their own LP, recasting this short-lived combo’s forward-thinking mile marker as a modern-day masterstroke.