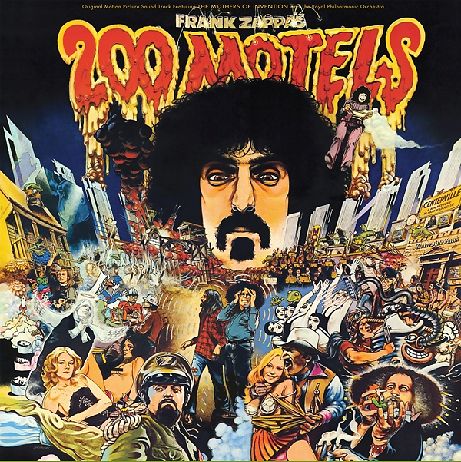 The 200 Motels soundtrack to Frank Zappa's film 200 Motels was originally released by United Artists Records in 1971.

This reissue features all original packaging including the booklet & poster, with a brand new remaster by legend Bernie Grundman.

Like the film, the album covers a loose storyline about The Mothers of Invention going crazy in the small town of Centerville and bassist Jeff quitting the group, as did his real life counterpart, Jeff Simmons, who left the group before the film began shooting and was replaced by actor Martin Lickert for the film.