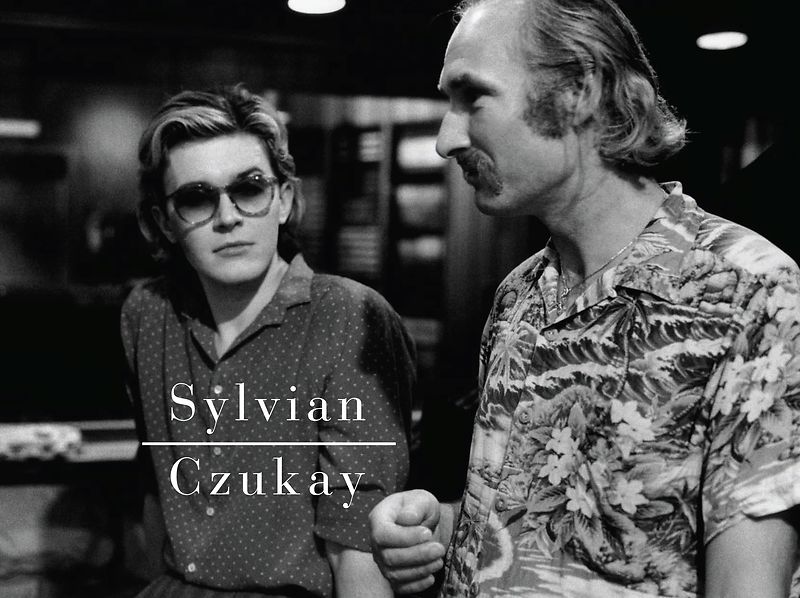 Instruments abandoned to the earth and woods. A spiralling winter ghost, translucent fabric, muddied and twisted, discarded net curtain perhaps, lies among leaf tangle and the crocodilian forms of tree fragments, reminiscent of antique spirit photographs of ectoplasm. In 1988, the year that Plight & Premonition was first released, I recorded a conversation with David Sylvian. He spoke of his ability to create atmospheres: “I like photographs that capture a moment. The mood that they create changes with your mood – with the mood of the viewer. They are static but they can create different kinds of emotion within you. That’s a good description of an Auerbach painting. It’s like movement frozen within a framework. That’s what is visible.” He also spoke of fishing in the dark, searching within fluid movement, the frame ambiguous, nothing visible.

“But all the same,” wrote Andrey Tarkovsky, “I have a feeling that there must be other ways of working with sound, ways which would allow one to be more accurate, more true to the inner world which we try to reproduce on screen; not just the author’s inner world, but what lies within the world itself, what is essential to it and does not depend on us.”

This speculative thought is taken from the ‘Music and noises’ section of Sculpting In Time, Tarkovsky’s collected notes on cinema first published in 1986. A few paragraphs earlier in the same section, the sense of a radical quest, a rethinking of sound, is established with the following passage: “It may be that in order to make the cinematic image sound authentically, in its full diapason, music has to be abandoned. For strictly speaking the world as transformed by cinema and the world as transformed by music are parallel, and conflict with each other. Properly organised in a film, the resonant world is musical in its essence – and that is the true music of cinema.”

There were no thoughts of cinema, screens or abandoning music in the winter of early 1986 as David Sylvian arrived in Köln, ostensibly to contribute (though never to record) a vocal for “Music In the Air”, the final track on Holger Czukay’s Rome Remains Rome LP. Bare trees lined the route from Köln airport to Can’s studio, a mattress-lined converted cinema in Weilerswist. Outside: the “cake-layered earth, patches of dirtied snow, trickles of water, the dried, dusty remains of autumn.” An Anselm Kiefer landscape, bitter cold defying the studio heaters. 1986 was the beginning of glasnost but as I listen again to “Premonition (giant empty iron vessel)” I divine in its shortwave chatter, ominous ground bass and rolling mist of cycling chords the Cold War slipping away – an elegiac urgency flexing between hope and dread.

This is one way to hear it, the hindsight strategy. On its release in 1988, delayed by record company recalcitrance, the emotional effect was, as I recall, more personal, more wrapped up in the floating bliss of it, its yearning and searching. Then there was the history that might give it context, a brief history comprised only of approximations: Jon Gibson’s Visitations, Basil Kirchin’s two Worlds Within Worlds LPs, Alvin Curran’s Songs and Views From the Magnetic Garden, Brian Eno’s On Land and from 1969, Canaxis 5 by Technical Space Composer’s Crew (actually Holger Czukay with Rolf Dammers). All of these records were beatless, atmospheric, using techniques that we would now describe as sampling, all uncertain of a place within established categories of music unless they claimed new territory for themselves, as with Eno and ambient. As records, they opened windows to the sounds outside and the sounds inside, rendering the distinction meaningless.

Plight & Premonition, Flux & Mutability, both titles are predicated on instability. Meanings are equally mutable, perhaps the beginning of a spiritual journey, a climate of uncertainty, the experience of improvisation, a door opening (that may quickly close again). That first nocturnal session in the Can studio began unconsciously, or at least without initial awareness that music was being made, Sylvian enjoying the opportunity to play a pump organ, then growing aware of a slippage in the room as Czukay played orchestral samples through the fold back system: “I fell into a trance.” Ethereal sounds looped through the space. He moved to the piano, searching for something concrete. After ten or fifteen minutes he found it, only to hear Czukay tell him to move on: “He’d only wanted the process, the uncertainty, the ambiguity of the searching out of ideas.” The night wore on; as soon as fixity or some compositional motif crept in, so the machines would be taken out of record, as if establishing an equilibrium between the transience of making and the indelibility of recording.

They stopped shortly before dawn. Later the following day they listened, feeling they had touched on something: “A form of music that seemed to have been created while we were absent by instruments abandoned to the earth and the woods, sounded by the coarse winter elements.” Another evening’s work ensued, this time they were acutely aware that awareness had to be treated with caution. The presence of the ‘musicians’ needed to flicker at the edge of absence; the imperative of the method being evocation rather than composition. Working alone, Czukay made headway with “Plight”, adding more material, a minor piano motif, flute samples, transitioning between sections with audible cuts, those trademark edits of his which jolted new worlds into being. “Premonition”, on the other hand, is heard as it was played, layered and spontaneous with no edits.

Flux & Mutability was recorded in the same studio after what Sylvian describes as his dispiriting solo tour of 1988. The setting had changed: a new mixing console, a recording engineer, new lighting: “Everything was brighter.” Jaki Liebezeit played a high-pitched, handheld drum (harmonized down in pitch), Michael Karoli added his guitar to the numerous guitar overdubs played by Sylvian and Czukay. Faced with instructions to reduce harmonic variations and expression, Marcus Stockhausen played incisive, poised flugelhorn. The feeling is clearer, more ‘musical’, perhaps more satisfying for those who like to have a road to follow.

But Plight & Premonition, Sylvian says, is one of the few works that he could actively return to and objectively enjoy as a listener. From the influence of film, musique concrète, and his admiration for Foley artists he was able to build a sense of non-linear narrative. The legacy can be heard in more recent recordings, such as When Loud Weather Buffeted Naoshima and Playing the Schoolhouse. “These are direct descendants of what was unearthed over a period of two nights,” he says, “animated by a primal spirit, in a converted cinema on the outskirts of Köln, over thirty odd years ago.”

All quotes from David Sylvian unless otherwise indicated.