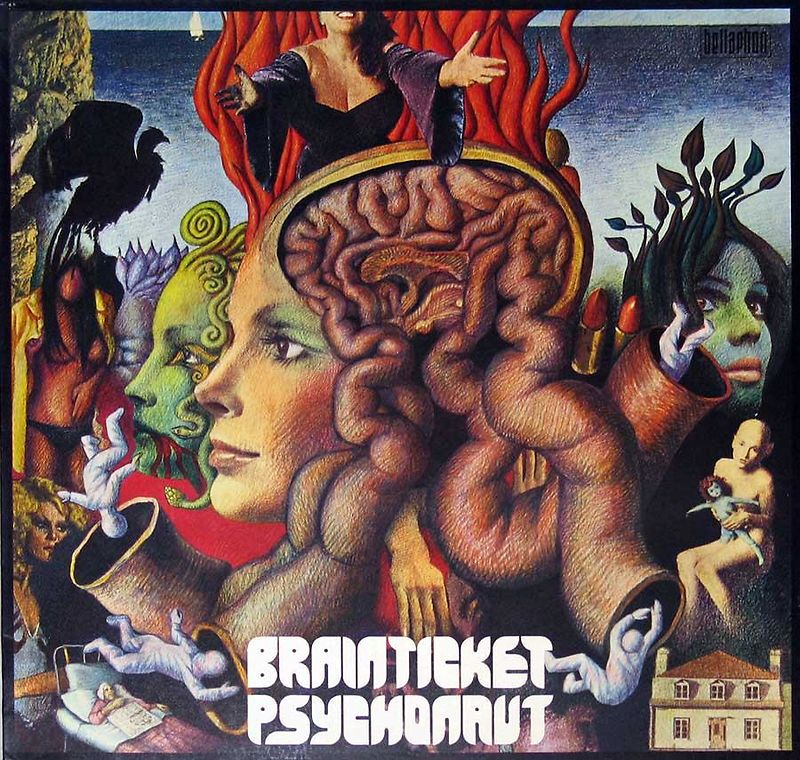 1972's "Psychonaut", by the Swiss-based Brainticket, is early seventies space rock at its finest. While the band's debut album, 1971's "Cottonwoodhill", was a heavily acid-laden affair dominated by droning organ, disturbing vocals and a collection of cacophonic sound effects (causing it to carry a warning label and be banned in several countries) for their second effort, band-founder Joël Vandroogenbroeck brought in a completely new line-up and changed the band's sound dramatically. While "Psychonaut" still takes listeners into the realm of altered consciousness-making heavy use of a droning Hammond, sitar, tablas, etc.-this time the vocals are more melodic and the music itself is more song-oriented. This is by far Brainticket's most accessible album, and perhaps their most timeless. Fully remastered from the original master tapes! 180 gram HQ vinyl albums featuring a bonus CD of the same album, so that you can have the "analog" and the "digital" for the price of one. (from the OBI) Vinyl tracks A1, A2 as well as CD tracks 1,2 are joined together as a single track with time duration 7:21.