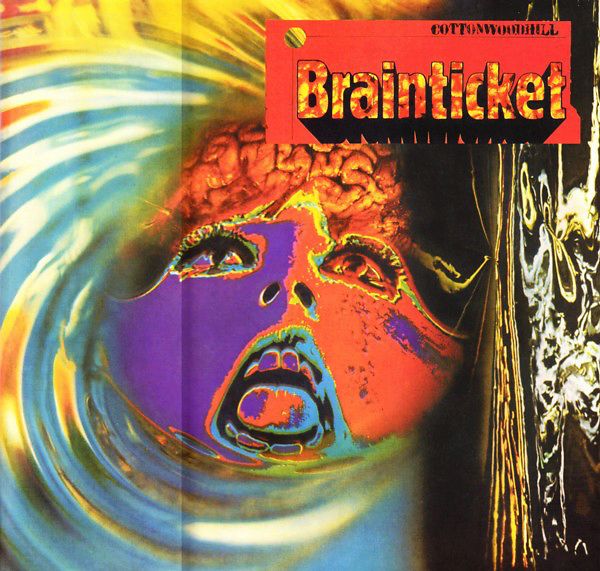 BRAINTICKET COTTONWOODHILL Being as LSD was first developed in a laboratory in Basel, it is perhaps no coincidence that one of the most “far out” albums of all time was made by this Swiss band (no small feat, given the competition!). Brainticket’s 1971 debut, Cottonwoodhill, begins normally enough with two fine psychedelic / kraut rock-influenced tracks, but the remainder of the album plays like an acid trip with a soundtrack, dominated by Joel Vandroogenbroeck’s endless droning organ, a variety of musique concrète-type sound effects and vocalist Dawn Muir’s trippy vocals. The album, banned in several countries, even came with this self-imposed warning: “After Listening to this Record, your friends may not know you anymore." / "Only listen to this once a day, your brain might be destroyed!”." (from the back side of the sleeve): "Listen to the first recording of this LSD/Hashish/Fixy/Jointy Sound. Take a trip to your inner light. See the hallucinations of reality rise out of the groove. you've got your brainticket now ! Hallelujah !"