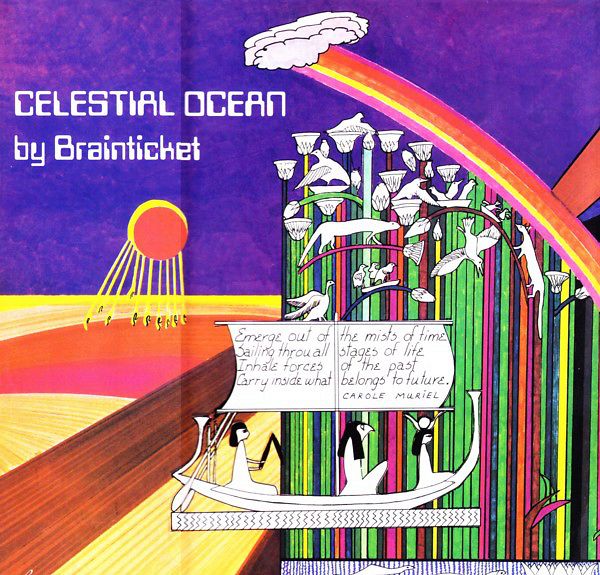 CELESTIAL OCEAN by Brainticket 1973's brilliant Celestial Ocean, by the legendary Swiss krautrock band Brainticket, is a concept album that details an ancient pharoah's journey into the afterlife (substitute the word "journey" for "trip" and you'll get what they were driving at). However, Brainticket were not mere products of their time, they explored some truly compelling musical territory and produced a superlative blanket of sound — featuring a pioneering mix of early synthesizers, flute, zither, sitar, and male / female stream-of-consciousness spoken word vocals — that ebbs and flows in the same general cosmos as classic Gong, going on to influence bands like Sonic Youth, Stereolab, Skinny Puppy, The Legendary Pink Dots, and more!. This reissue is fully remastered from the original master tapes.

"180 gram HQ vinyl albums featuring a bonus CD of the same album, so that you can have the "analog" and the "digital" for the price of one. BEAT THAT!"