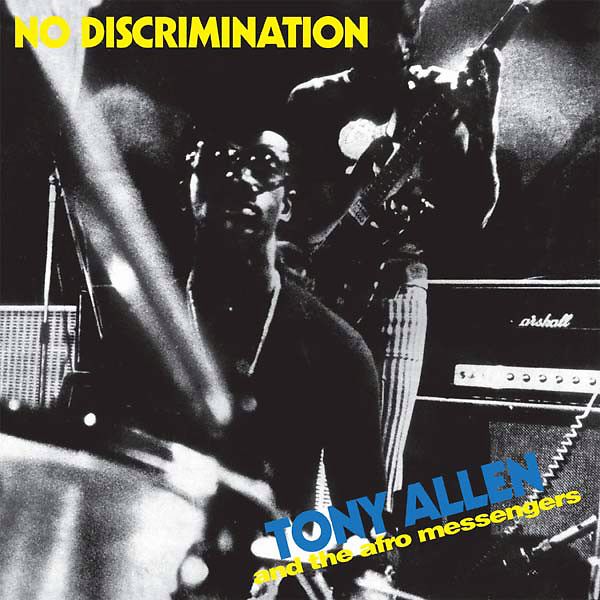 After 14 years of close collaboration Tony Allen stopped working with Fela Anikulapo Kuti. After breaking from the band during the gigs at Berlin’s festival in 1978, Tony Allen returned to Lagos to start working on new compositions.

His independence inspired him to break-away from his regular routine of putting 2 tracks on every single album. The tracks on No Discrimination are also focused more towards subjects of tolerance, brotherhood and peace.

This was his final work during the 70’s, after which he started to move beyond the border of Nigeria by collaborating with artists worldwide.

Till this day he remains on of the greatest kit drummers alive.