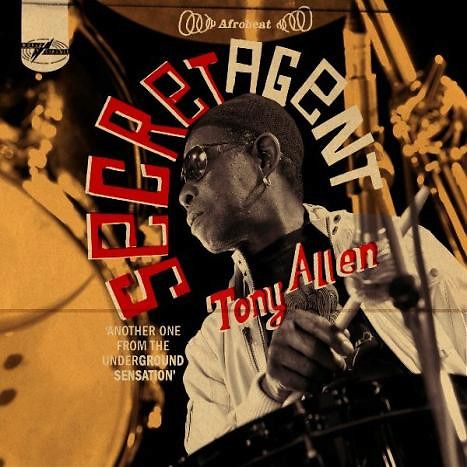 Tony Allen (1940 - 2020) has long been acknowledged as Africa's finest drummer and one of the continent's most influential musicians. Together with Fela Kuti (with whom he played for 15 years) Allen co-created Afrobeat - the hard-driving, horns-rich, funk-infused, politically insurrectionary style which became such a dominant force in African music and such an influence worldwide. His iconic drumming has since underpinned an extensive catalogue of solo works as well as collaborations with the likes of Damon Albarn (as part of The Good, The Bad and The Queen), Charlotte Gainsbourg, Sebastien Tellier, Grace Jones, Malian superstar Oumou Sangaré, Jeff Mills and Hugh Masekela.

His 2009 World Circuit debut, the raw and uncut Secret Agent, has all the ingredients that combine to make Afrobeat so special - fat, full-throated, hard-riffing horns; nagging tenor guitars; jazz- and funk-informed saxophone and trumpet workouts; effervescent chicken-shack keyboards; lyrics rich in folk metaphors and proverbs, some of which confront state corruption and oppression (Kuti's most frequent targets); deep-soul call and response vocals; and, of course, energizing everything around it, Allen's majestic drumming.

World Circuit reissues this classic album on 2 x 180g heavyweight vinyl. The audio has been remastered and the package features the original 2009 sleeve notes in a 4p 12" booklet.

"It's no surprise that Tony Allen's [Secret Agent] does nothing to dim his reputation as one of the world's greatest drummers. He's the personification of subtlety, leading from the back and carefully pushing and prodding the music, but doing this so cleverly that half the time people don't even notice he's there. He's certainly a man whose four limbs operate independently, setting up cross- and counter-rhythms that add extra levels of texture and complexity to the music."