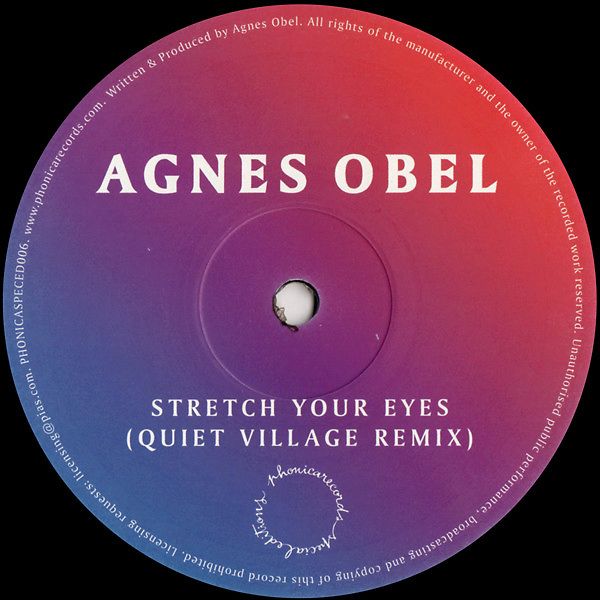 Obel was at an early age guided into music by the influence of her parents, who would play and listen to a blend of the classical greats, folk music and contemporary pop. She learnt to play piano as a child but it was her move to Berlin in 2006 that prompted her to take her music to the next level. Her debut Philharmonics was released in 2010, a quiet phenomenon that spent seven consecutive weeks at number 1 and sold in excess of 100,000 copies in her homeland alone. The release of ‘Aventine’ in 2013 cemented her status as a household name across Europe and as an icon to piano players throughout the world.

Quiet Village are the British duo of long-time record-collector and DJ Joel Martin and Matt Edwards, the house and techno producer known as Radio Slave and the head of the Rekids label. They came to our attention with a series of highly sought after twelves on the DJ Harvey-related Whatever We Want label from New York, alongside excellent remixes of The Osmonds, Toby Tobias, Black Devil Disco Club and Francois K before releasing their acclaimed album on K7 Records in 2008. After a break from using the Quite Village name, the duo are back with a bang and recently graced the Phonica White label with a fantastic techno 12” ‘Social Music’ / ‘Change’.

Needless to say, Quiet Village were the first producers Phonica thought of when looking for remixes for this project and their slow, dark, dub-heavy atmospheric groove perfectly compliments Agnes’s vocal, with echoes of Massive Attack’s timeless ‘Teardrops’ coming to mind. It’s one of the finest remixes we’ve heard in recent memory and we’re proud to present it as a limited 12” on the Special Editions label.