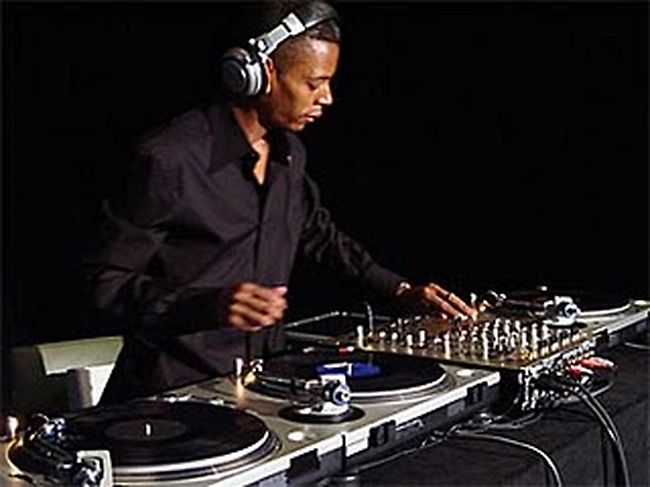 Jeff Mills  is an American DJ, record producer and composer. Thanks to his technical abilities as a DJ, Mills became known as The Wizard in the early to mid 1980s. In his DJ sets, Mills usually uses three decks, a Roland TR-909 drum-machine, and up to seventy records in one hour. In the late 1980s Mills founded the techno collective Underground Resistance with fellow Detroit techno producers 'Mad' Mike Banks who also played the bass in the well known funk band Parliament-Funkadelic  and Robert Hood. The group embraced revolutionary rhetoric and only appeared in public dressed in ski masks and black combat suits. Eventually he left UR to pursue a career as a solo artist in the early 90s. Mills founded Axis Records in 1992. The label is based in Chicago, Illinois and is responsible for the release of much of his solo work.

Important side-note on UR.

UR related the aesthetics of early Detroit Techno to the complex social, political, and economic circumstances which followed on from Reagan-era inner-city economic recession, producing uncompromising music geared toward promoting awareness and facilitating political change. UR's songs created a sense of self-exploration, experimentation and the ability to change yourself and circumstances. Additionally, UR wanted to establish a means of identification beyond traditional lines of race and ethnicity. Another form of UR's rebellion concerns the rejection of the commercialization of techno. This is evident in the messages scratched in UR's records, lyrics and sounds expressing economic independence from major record labels.