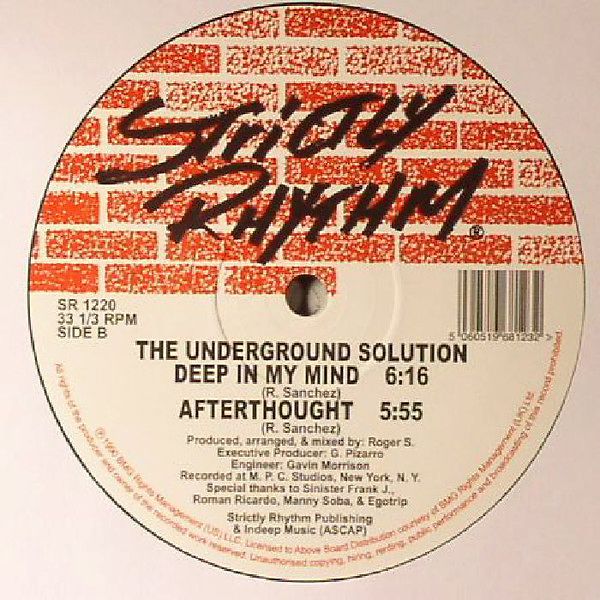 When Roger Sanchez donned the Underground Solution alias in 1990 and released "Luv Dancin", the New York producer had yet to become a household name. The single, long considered one of the producer's finest moments, quickly became a deep house classic, with DJs quickly gravitating towards the rich, Nu Groove influenced grooves, twinkling electric pianos and choice disco samples of the "In Deep Mix". This timely reissue also includes the other tracks featured on the original Strictly Rhythm release, including the even deeper and more loved up Egotrip mix and the brilliant "Afterthought", which expertly combines the haziness of NYC deep house with the alien melodies and dub-influenced low-end of UK bleep and bass.