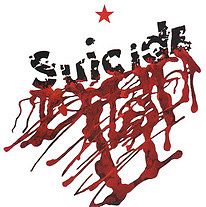 Iconic & classic 1977 debut album from Alan Vega & Martin Rev!
€ 24,95 € 26,95
PICK-UP AT SHOP / FREE SHIPPING FOR ORDERS WITHIN BELGIUM AND EXCEEDING € 100 (FYI: we notice delays at Bpost which are out of our hands, if you want to be a 100% sure about delivery date, best choose pick-up) / Shipping costs are dependent on various factors and are calculated in your shopping cart. Add this item to your cart to see the shipping cost. Or pick up your order at our store in Ghent.

Suicide's landmark self-titled LP was originally released in 1977, seven years after the group's initial conception as part of the performance art scene on NYC's Lower East Side. It is hard to overstate the importance of these seven tracks, which paved the way for punk, industrial, hip hop, noise and beyond. This reissue comes with restored sound from the original mixes and liner notes by Sonic Youth's Thurston Moore.

Suicide was an American musical duo intermittently active between 1970 and 2016, composed of vocalist Alan Vega and instrumentalist Martin Rev. The group's music made pioneering use of minimalist electronic instrumentation, including synthesizers and primitive drum machines, and their early performances were confrontational and often ended in violence. They were among the first acts to use the phrase "punk music" in an advertisement for a concert in 1970.

Though never widely popular among the general public, Suicide have been recognized as among the most influential acts of their era.