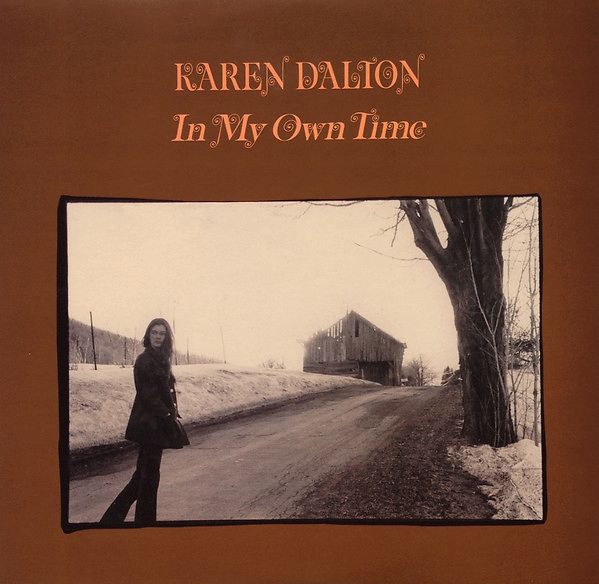 In My Own Time is the second and final studio album by Karen Dalton,

In his 2004 memoir Chronicles: Volume One, Bob Dylan wrote, "My favorite singer…was Karen Dalton. Karen had a voice like Billie Holiday and played guitar like Jimmy Reed…I sang with her a couple of times."

Since her death, homeless on the streets of LA in 1993, Karen Dalton has become a bit of a mythological figure in the music world.

Originally released on Just Sunshine Records, 1971. Reissued on Light In The Attic Records, 2006.