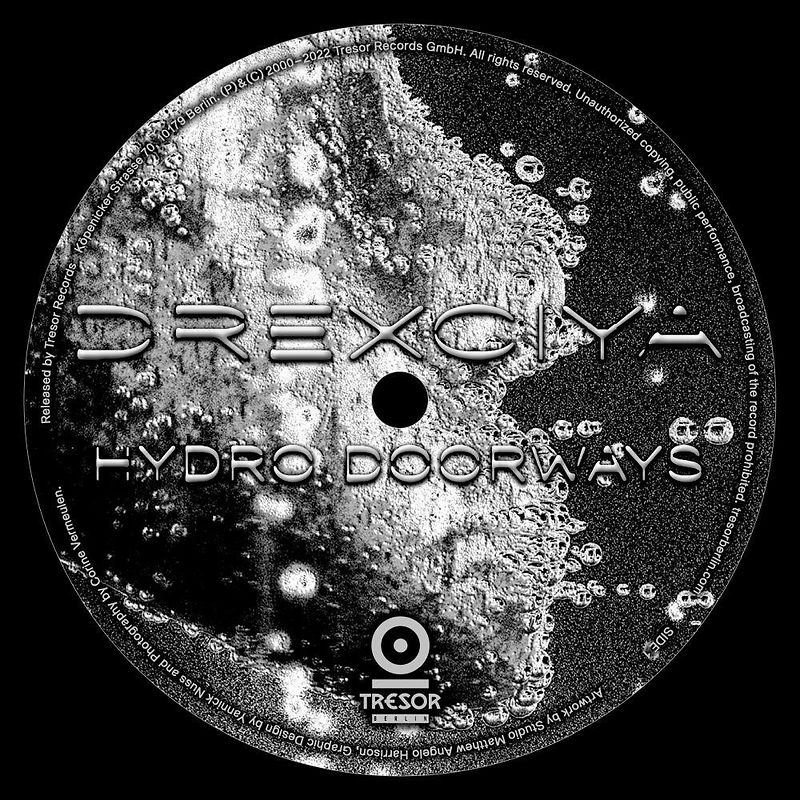 PRE-ORDER ITEM: This item will only be shipped to you on or after 7 October 2022. Please note any orders containing pre-order items won't be shipped until all items are available, so please order this separately to avoid delays. Release dates are at the mercy of labels, distributor, and pressing plants and will change constantly.
PICK-UP AT SHOP / FREE SHIPPING FOR ORDERS WITHIN BELGIUM AND EXCEEDING € 100 (FYI: we notice delays at Bpost which are out of our hands, if you want to be a 100% sure about delivery date, best choose pick-up) / Shipping costs are dependent on various factors and are calculated in your shopping cart. Add this item to your cart to see the shipping cost. Or pick up your order at our store in Ghent.

The CD only tracks from the “Neptune’s Lair”album - an essential must have for all you electronic lovers out there. It's another hit from the underwater planet!!

Tresor Records is proud to announce forthcoming special editions of its entire catalogue of Drexciya and related projects. 2022 marks the 20th anniversary of the passing of James Stinson and the releases of the Transllusion and Shifted Phases albums.

In recognition, the rightsholders, their families, and the label have commissioned Detroit-based contemporary artist Matthew Angelo Harrison to re-conceptualize the covers of Tresor's Drexciya-related catalogue. These editions will be released sequentially, bimonthly, starting early-September 2022.

Just a month after the album release of 'Neptune's Lair' in September, its companion 12" 'Hydro Doorways' will be second in the series, out on October 7th. In November, 'Harnessed The Storm' and 'Digital Tsunami' are coming, followed by the release of Transllusion in February 2023. The series is completed by the long-awaited re-release of 'Shifted Phases – The Cosmic Memoirs Of The Late Great Rupert J. Rosinthrope' - at the end of March.

These records, individually and as a catalogue, represent some of the most crucial moments in the Tresor label history, with the sound and mythic world of Drexciya undoubtedly inspiring generations.