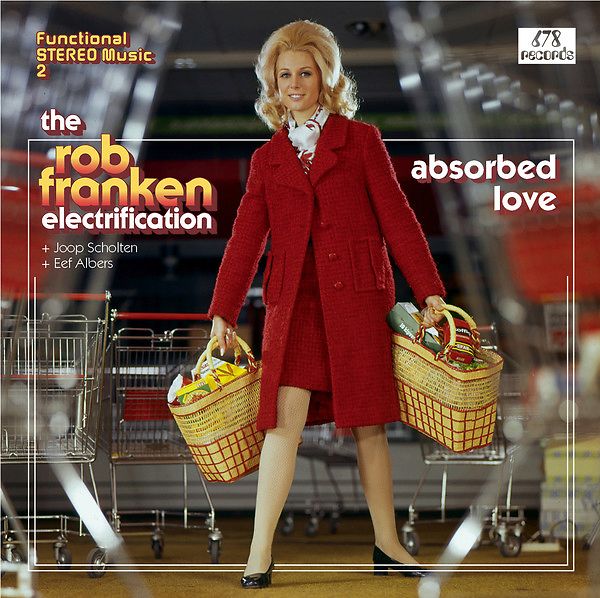 Rob Franken (1941-1983) was a unique jazz pianist from the Dutch port city of Rotterdam. He was self-taught and developed a unique technique and improvisation style. Already in the sixties he accompanied great jazz luminaries such as reed player Booker Ervin, trumpet player Art Farmer, vibraphonist Dave Pike & drummer Klaus Weiss. He was a pioneer on the Hammond organ and was the first in the Netherlands to play the Fender Rhodes electric piano. In the seventies he became a popular and highly sought after pianist. For more than ten years he was the regular accompanist of the world-famous harmonica giant Jean 'Toots' Thielemans, whom he also accompanied in the film music of ‘Turks Fruit (Turkish Delight)’ . He appeared on hundreds of records as well as being a member of the Rogier van Otterloo orchestra, the German big band of Peter Herbolzheimer, and the Dutch funk-fusion band Scope. Until his premature death, he pioneered and experimented with synthesizers, seized by the new possibilities and timbres. Franken also had several different formations, including The Rob Franken Organ-Ization, Keyboard Circle as well as his own trio and quartet.

Between 1972 and 1983 Rob Franken was the main man & instigator during the so-called FuMu sessions. Functional Music that was meant to sound like background music in shopping malls, hotels, elevators, department stores and airports.
The music for this ongoing project was specially recorded for this purpose in some of the best sound studios in the Netherlands.
Franken arranged the sessions, played Fender piano and synthesizers and drew from his immense network of musicians to collaborate with. The repertoire consisted mostly of jazz standards, pop songs, pieces by Frankens's musical heroes and several of his own compositions. In truth, they were often nothing less than inspirational short jam sessions, in which the best Dutch jazz musicians of the seventies contributed. When Rob Franken unexpectedly passed away at the age of 42, this enormous production came to an abrupt end.

The authentic photo material used for the covers was made in the seventies for advertising purposes by Koos Serierse & Robby Pauwels. This too had been rescued from a garbage container. The cover designs are made entirely in seventies style by Piet Schreuders.