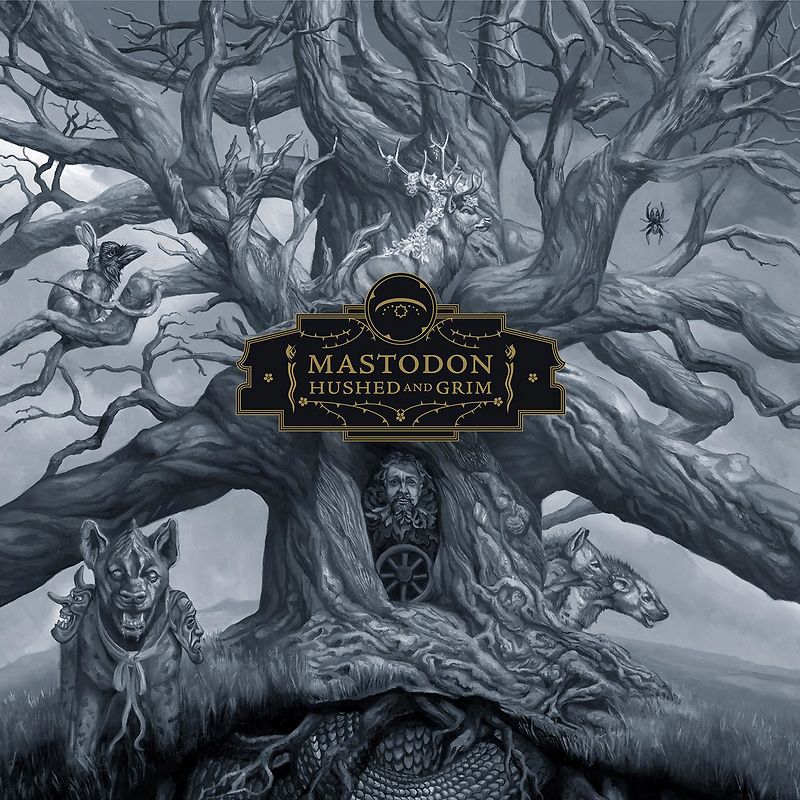 Mastodon have announced their ninth full-length studio album, Hushed and Grim, and celebrated the welcome news by sharing the effort’s storming lead single, Pushing the Tides.

Described as the group’s “most ambitious body of work to date”, Hushed and Grim will be released on October 29 via Reprise Records, and arrive as an extended two-disc offering.

With Pushing the Tides, Mastodon gives us a glorious sonic glimpse of what we can expect from the forthcoming album, thanks to Brent Hinds and Bill Kelliher’s unabated electric guitar riffs, Brann Dailor’s unrelenting drum charges and an infectious vocal mosaic from Troy Sanders.

Starting as they mean to go on, the four-piece throw us in at the deep end with some deliciously dissonant guitar riffs, which blossom into the track’s main mammoth motif – a pummeling high-gain hook that is propped up by some suitably eerie lead licks.