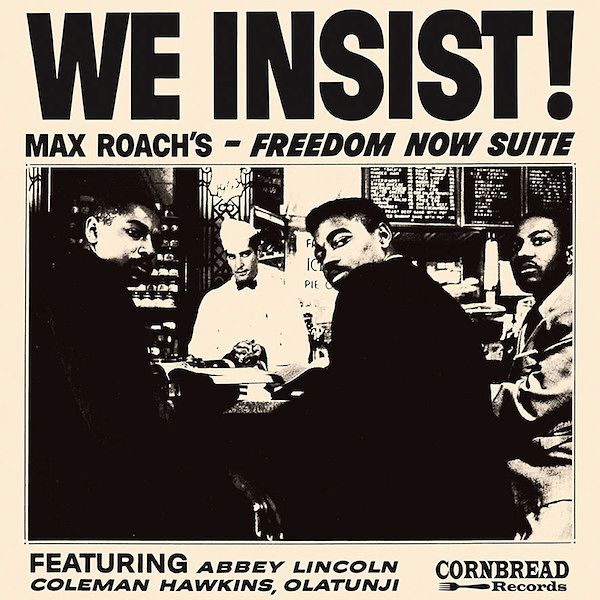 One of the defining artistic statements of the civil rights movement!
€ 19,95

One of the defining artistic statements of the civil rights movement!

The album-cover is a simple black and white photo of black men sitting at the counter. They stare the camera down while the white waiter seems nervous. So what? Just three black guys in a café. But in 1960 when this album was first released there were too many people in the US who would have seen this image as an outrage, as provocative, as contrary to God’s law. A white man serving black men? Impossible.

Max Roach was one of the most widely respected drummers in jazz.  Roach was active in the civil rights movement in the US throughout his life and the Freedom Now Suite is a musical history lesson. Just for its subject matter everyone in the world should be forced to listen to this album at least once.

In the past forty years the word 'freedom' has been chewed up, spat out, kicked around and used to justify pretty much anything. We Insist! takes you back to a time when it actually meant something.*