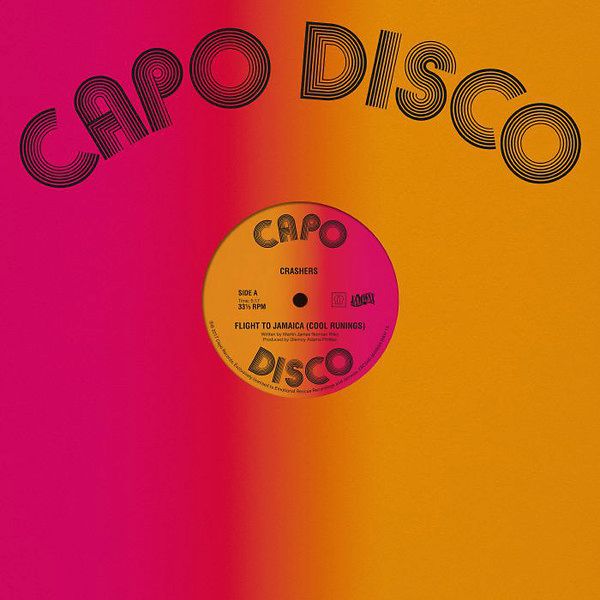 Official 2018 reissue of this Caribbean disco gem on Emotional Rescue

While little is known about the Crashers, all leads point to an incarnation of the revolving “house” band of Glen Adams. As often the case, the floating nature of Jamaican born labels, rhythm sections naming and renaming to fit occasions was endless.

Running out of his Brooklyn studio, the otherwise known Outerlimits, Capo And The Crew or even possibly Crashers, the swinging reggae meets funk grooves are apparent. Led from the desk by label owner, producer and writer, Glenroy Adams and co created a 12” that covers bases in one release.

While funk bass, chopped guitar, harmonica and vocal harmonies created the Caribbean flavours of Flight To Jamaica, they cloud Capo’s closest assent to the disco sound he was tapping in to. As NYC shifted towards the fresh block party sounds of hip-hop it should be remembered those early parties were in essence disco and funk records cut up, looped and rapped over.

With the over-used grail tag worthy of the A side alone, the flip itself has become a funk-bomb that pushes dealer prices to the heavens. Featuring the unknown Lamour on vocals, it’s as much the female harmonies, slap bass and guitar solo mixed with stabbing piano and drum breaks that make this short, but sweet ‘skank’ a worthy collectors item in it’s own right.

While Capo Disco was just a yearlong sub label, the breath of style, optimism and intent is obvious. As an archive mission, Flight to Jamaica being removed from the bootleggers hands is justified, but sitting in the middle of 3 killer 12”s rewinds of Glen Adams vision, it should be seen in a broader spotlight.