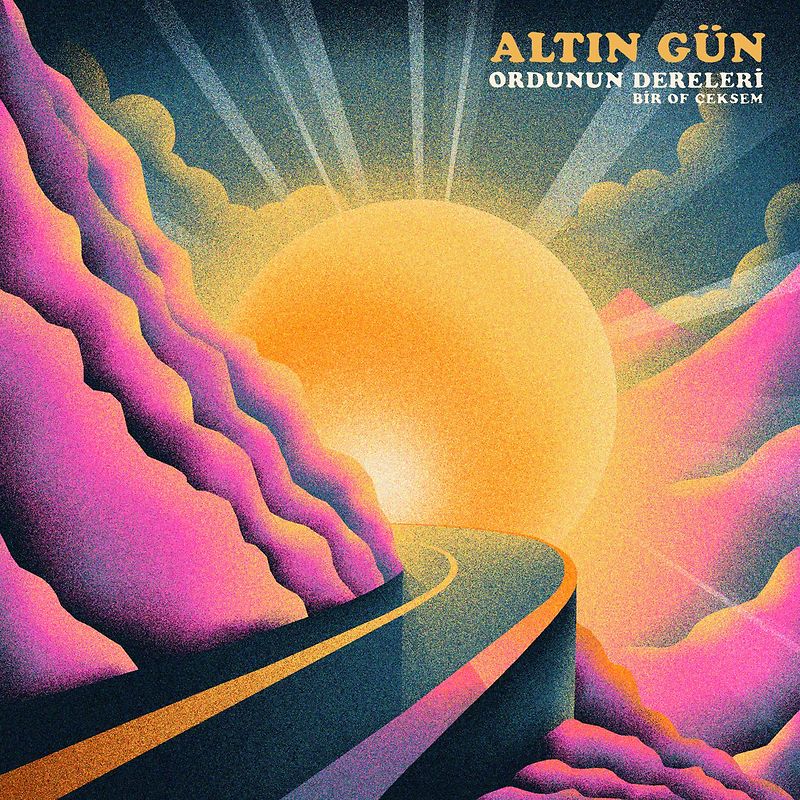 Mysterious and atmospheric, this 7inch single is a thrilling evolution for the band.
€ 12,95

The Amsterdam band Altin Gün, return with a masterful single – and upcoming album – that widens their critically acclaimed exploration of Anatolian rock and Turkish psychedelic folk to include dreamy 80’s synth-pop and dancefloor excursions. The band are a renowned live act with strings of sold-out shows on three continents, who have always brought muscular grooves and vibrant melodies to their recordings. Yol, their third album in as many years – and the follow up to their GRAMMY nominated second album Gece – excitedly continues these trends; while also digging in deep to unveil a new palette of sonic surprises. Yol will be released on February 26, 2021.

As evidenced by the debut single “Ordunun Dereleri.” the new album often presents a textured, avant pop sound. Mysterious and atmospheric, the single is a thrilling evolution for the band. It patiently coaxes the listener into a resonant soundworld of down-tempo electro beats, majestic synths and Erdinç Ecevit’s yearning vocal of unrequited love.

The band tells us this about the track:
The song is about Mehmet falling in love with Hacer. They live in a village called Ordu. Mehmet is the pretty boy of the village, rich and good looking. Hacer and her family are poor.

The song is a classic tragic love story. Mehmet and Hacer meet weekly under an apricot tree near the village.Many of the girls from the area are jealous of these meetings and tell lies about Hacer to Mehmet. Eventually Mehmet moves away from the village, leaving Hacer in tears. After Mehmet’s departure,
Hacer goes to the river daily to do her laundry, all the while singing: