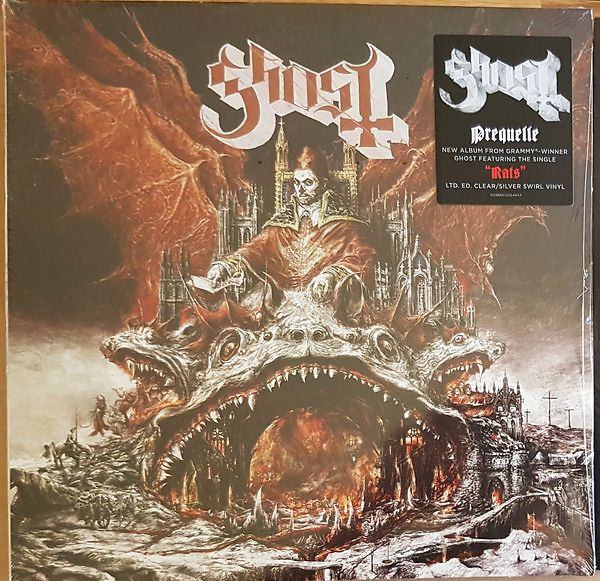 Ghost is a Grammy Award-winning rock band from Linköping, Sweden. On June 1st, their long-awaited fourth studio album “Prequelle” will be released. For years fans did not know who the was behind the anonymous band that is, until Tobias Forge recently revealed himself as the man behind Ghost. Under new leadership by ‘Cardinal Copia’, Ghost will delve into themes such as the plague, the Apocalypse and the Dark Ages on this new album. The fourth studio album contains no less than 10 tracks and appears in many physical formats! There are, among other things, shows planned at Graspop this year.

Apparently licensed to different retailers in different countries, presumably in blocks of 500 copies per license.