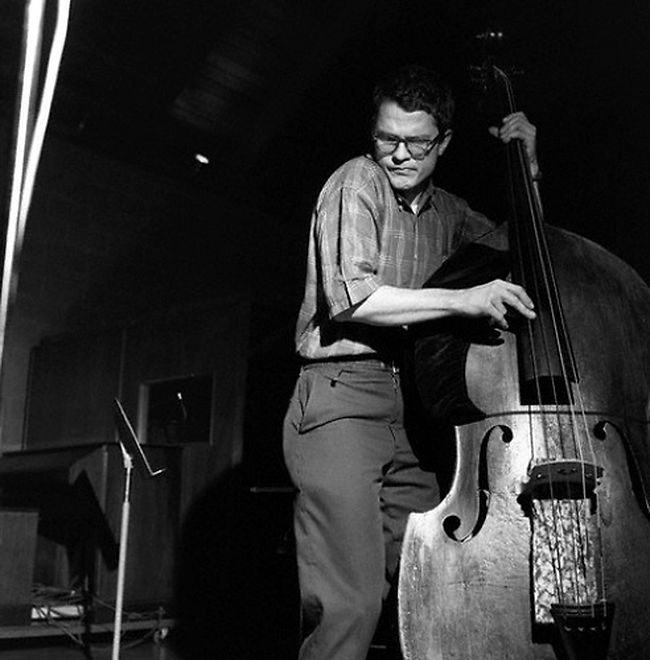 Charles Edward Haden (August 6, 1937 – July 11, 2014) was an American jazz double bass player, bandleader, composer and educator whose career spanned more than 50 years. In the late 1950s, he was an original member of the ground-breaking Ornette Coleman Quartet.

Haden revolutionized the harmonic concept of bass playing in jazz. German musicologist Joachim-Ernst Berendt wrote that Haden's "ability to create serendipitous harmonies by improvising melodic responses to Coleman's free-form solos (rather than sticking to predetermined harmonies) was both radical and mesmerizing. His virtuosity lies (…) in an incredible ability to make the double bass 'sound out'. Haden cultivated the instrument's gravity as no one else in jazz. He is a master of simplicity which is one of the most difficult things to achieve."

Haden played a vital role in this revolutionary new approach, evolving a way of playing that sometimes complemented the soloist and sometimes moved independently. In this respect, as did his predecessor bassists Jimmy Blanton and Charles Mingus, Haden helped liberate the bassist from a strictly accompanying role to becoming a more direct participant in group improvisation.

In 1969, he formed his first band, the Liberation Music Orchestra, featuring arrangements by pianist Carla Bley. In the late 1960s, he became a member of pianist Keith Jarrett's trio, quartet and quintet.

In the 1980s, he formed his band, Quartet West. Haden also often recorded and performed in a duo setting, with musicians including guitarist Pat Metheny and pianist Hank Jones.